A cage is no place for a human, let alone during a pandemic 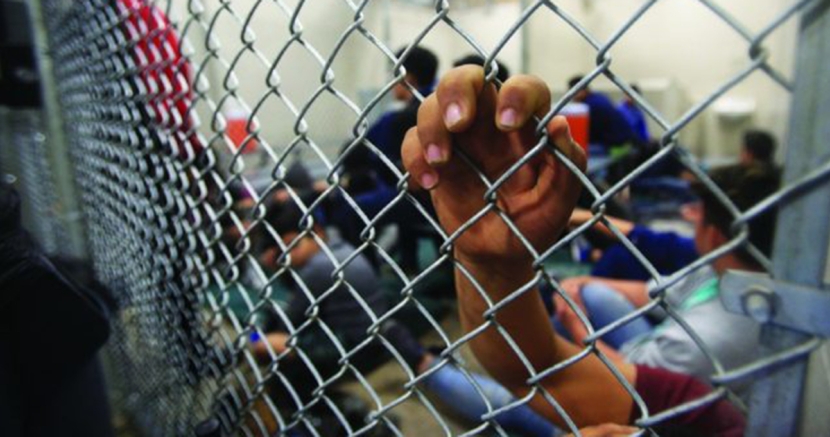 Victoria Guerrero
CDC guidelines to mitigate the spread of COVID-19 are impossible to adhere to within immigration detention centers.

Since the start of the pandemic, federal and state governments have implemented guidelines and precautions for all major gatherings in order to slow the spread of COVID-19, but a large demographic is being left out of these conversations.

People who are incarcerated in immigration detention centers are extremely vulnerable to the spread of infectious disease due to their close proximity to each other, deteriorating health while in detention, and the recorded flawed medical care received while in Immigration and Customs Enforcement and Customs (ICE) and Border Protection’s custody.

Detaining immigrants not only poses a threat to their health, it puts the entire community surrounding the detention center at risk

Most decisions regarding the safety of detainees and workers lie directly with the private companies that own and operate the centers.

Two-thirds of all people in U.S. immigration detention are being held in private prisons, with the rest spread between county and city jails. Privately owned detention center companies have the highest amount of confirmed cases, of which 9/10 of the confirmed cases in Texas detention centers belong to the following corporations:

Out of the 800 nationwide confirmed cases of COVID-19 in detention centers, a quarter of those cases are in Texas. Yet, it is suspected to be much higher than this, since limited testing within the facilities has been done.

Even prior to the current pandemic, reports of detainees not receiving basic health and hygiene resources were abundant. In a letter written to ICE’s San Antonio field office, a coalition of human rights organizations in the Rio Grande Valley are already demanding the release of detainees at the Port Isabel and the El Valle Detention Facility in Raymondville.

The letter mentions that the conditions within the centers make it impossible to social distance. Detainees are held in rooms of 70 to a dormitory, and soap is not freely given but must be purchased by their own accord at the commissary. Both of these basic precautions are needed to prevent COVID-19 from spreading according to CDC regulations.

“These asylum seekers are now in danger of contracting the coronavirus, and suffering severe illness and even death. They must be released to family and friends forthwith. Keeping them in long term, unjustified detention under these conditions is the moral equivalent of locking them into a burning building,” the letter said.

Since most detention centers are privately owned, it's up to the corporation's discretion to instill safeguards and procedures to mitigate the spread.  Many are claiming procedures have been set in place to stop the spread, but regardless, incarceration makes it impossible for them to be effective in any way.

Transferring of detainees to other detention centers nationwide has also continued, despite the CDC’s recommendations to halt all travel. Even the former head of ICE, John Sandweg, has called for the release of all detainees in order to stop the spread of COVID-19.

Detention centers are a hotbed of infection. Often isolated from urban areas with critical resources, loved ones, and legal support, subjecting people to further isolation by preemptively creating quarantine facilities within the centers is not the answer to stopping the spread of coronavirus.

People that are currently detained need to be released now so they can return to their families and practice social distancing safely, instead of waiting to see what happens to their health while weathering the pandemic in a cage.