Building the Ballot: Who’s filing to run for office in Texas in 2020? 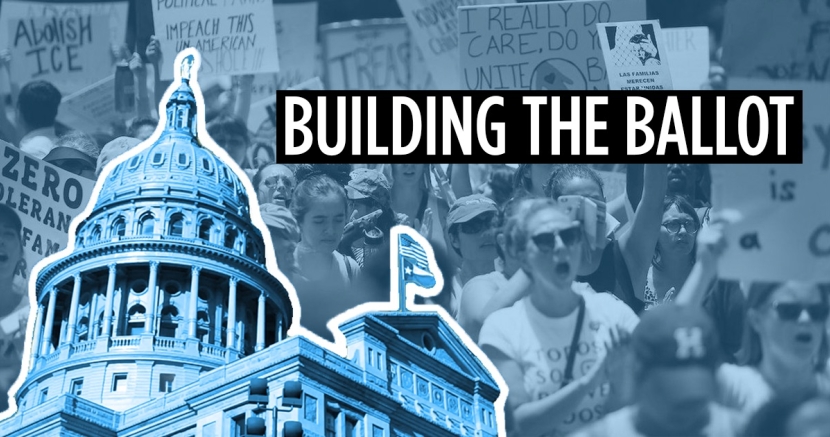 Tara Pohlmeyer
As progressives put in the work to flip Texas in 2020, here’s an ongoing list of who has filed to be a candidate for Texas office.

Texas has been trending Democratic for years, and it’s because of the work of organizers, advocates, and community leaders who have been fighting for progress.

Because of them, 2020 is a possible tipping point. We have the opportunity to turn Texas blue, but it won’t happen without even more work from even more progressives. Candidate filing has opened for the 2020 primary ballot and runs through Dec. 9, 2019. If you are interested in running for office, check out this resource from the Texas Democratic Party.

Here’s a look at the Democrats and progressives vying to represent Texans on the 2020 ballot in districts we’re watching, who have officially filed.

District 52 (Round Rock) - Targeted by Republicans

This list does not include endorsements on behalf of Progress Texas. All Democratic candidates in races we’re watching that have officially filed are listed.

For more information on our plan for flipping Texas in 2020, view our Special Report and sign up for updates.