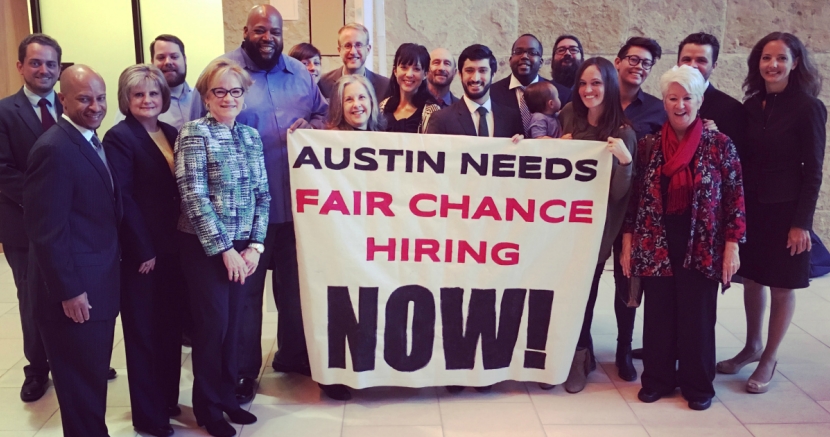 Progress Texas
“I know we’re on the right side of this.”

On Thursday Austin became the first city in Texas - and the South - to pass a fair chance hiring ordinance for private employers. Austin’s City Council also passed a number of other progressive measures, including securing a living wage for city subcontractors.

Spearheaded by Council Member Greg Casar, the new fair chance hiring policy requires that private employers wait to ask job applicants about their criminal history until they make a conditional job offer. The City of Austin and Travis County had previously implemented similar fair chance policies for their public employees.

From the Austin Chronicle:

Supporters of the measure were jubilant, some crying with relief. “It’s a really special moment,” Casar said. Although he is aware that the ordinance may face pushback from the Legislature, which typically is resistant to municipalities enacting policies with which it disagrees, Casar said that no matter what happens, “I know we’re on the right side of this.”

People who have been previously incarcerated often face significant obstacles to finding employment, including hiring discrimination after they disclose their criminal history on a job application. This lack of economic opportunity can lead to recidivism as former inmates struggle to re-enter into society even after having served their time.

However, employers are more likely to hire someone with a criminal record if they receive that information later in the hiring process, after getting to know the applicant personally. By making the job application process fairer, people with criminal records have the opportunity to prove their qualifications to employers without the risk of being overlooked just because of their past.

In the last legislative session, a bill that would institute a fair chance for state job applicants passed the House but did not advance in the Senate. It remains to be seen whether Texas will follow Austin’s lead and extend this policy to help the nearly 12 million Texans with some kind of criminal history.

For more on the new City of Austin ordinance, check out this great information from Council Member Casar: