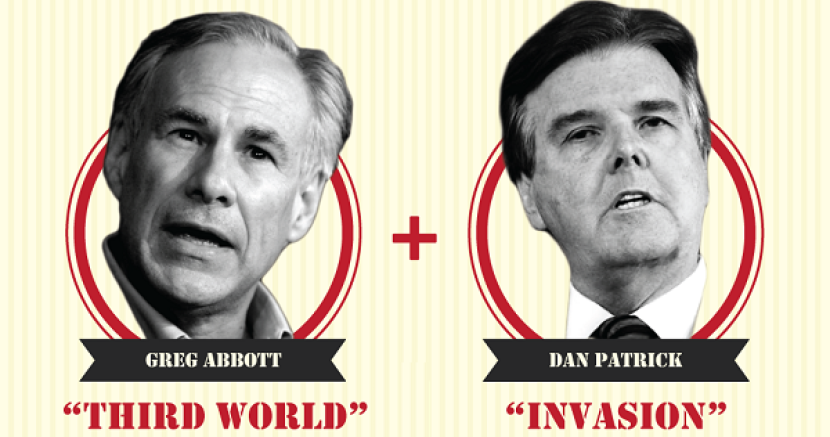 Last weekend, at the Texas GOP convention, Republicans adopted an anti-immigrant, anti-equality platform that has set off a firestorm, even from within their own party. Yet it should come as no surprise, as both Greg Abbott and Dan Patrick have repeatedly made statements and supported policies that appease their Tea Party base, at the expense of what is best for Texas.

The furor over the GOP platform is well-deserved:

The McAllen Monitor slammed Greg Abbott for allowing the platform language to go through unchallenged:

It is troubling that Republican leaders like Greg Abbott and senators Ted Cruz and John Cornyn, who all appeared at the convention, would condone such language. As he seeks to win the governor’s seat, it is up to Abbott to bring control to his party but these actions do not reflect that.

Greg Abbott and Dan Patrick's hateful language is just another reason they are wrong for Texas.