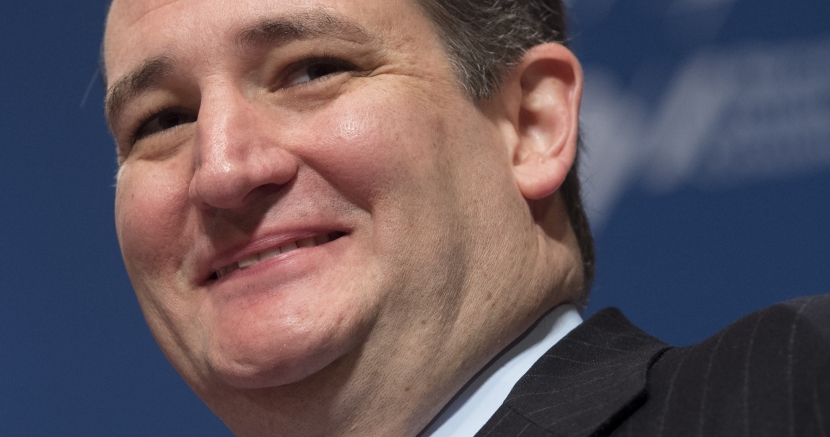 Lucy Stein
Cruz wants to punish women just as badly as Trump does.

Ed. Note: This list is by no means exhaustive.

Don’t let the theatrics of this election’s 24/7 news cycle distract you from this: when it comes to abortion and women’s rights, Ted Cruz is just as awful as — and even more extreme than — Donald Trump.

On the very day Trump made his now infamous statement that women should be punished for having abortions if the procedure were outlawed — and exposed the dark underpinnings of the entire anti-abortion movement — Cruz staged a farcical rollout of “Women for Cruz.” Cruz smiled for the cameras and spoke disingenuously about being a champion for women.

Don’t be fooled. Though as an expert politician he won’t say it outright — from abortion and birth control access to domestic violence and sexual assault prevention, to equal pay protections and paid family leave laws — Cruz wants to punish women just as badly as Trump does.

1. Cruz wants to outlaw abortion in all cases.

Cruz has long advocated for criminalizing abortion. He has even said he could do so by making an end-run around the U.S. Supreme Court and Roe v. Wade by passing a law giving equal protections to fetuses and zygotes. In making abortion a crime, Cruz would force every women to carry her pregnancy to term — regardless of the circumstances, with no exceptions in cases or rape or incest.

Regardless of how you parse the data, women are still — in 2016 — paid less than men for the same work. So clearly, the policies we have in place today are inadequate. Cruz, as you might guess, disagrees — he’s dismissed the need for equal pay measures and voted to block the Paycheck Fairness Act, a bill that would go a long way toward fixing the gap.

The U.S. Supreme Court is currently considering a challenge to a 2013 Texas anti-abortion law that has shuttered more than half the state’s abortion clinics and left millions of Texas women without the access to abortion care. Cruz — a lawyer-turned-politician with zero medical training — submitted an amicus brief in support of the medically unnecessary law. American College of Obstetricians and Gynecologists, American Medical Association, and American Academy of Family Physicians and other medical experts filed briefs in opposition to the law’s harmful restricitions.

Though Cruz has complained about how his compaign schedule leaves him with little personal or family time, when it comes to the vast majority of Americans who struggle with no paid family leave, Cruz could care less. Cruz relies on disproven theories to deny more than 88% of the U.S. workforce paid family leave.

5. Cruz wants to put bosses in charge of access to birth control and abortion care.

Cruz has fought for the right of your boss to control of your access to birth control. He filed an amicus brief in the U.S. Supreme Court Hobby Lobby case in support of allowing employers to deny women birth control. Cruz, an ardent warrior for local control and small government, also tried to overturn a local D.C. ordinance that would prohibit employers from discriminating against employees based on their reproductive health decisions.

In 2013, Cruz was one of only eight senators to vote against the reauthorization of the Violence Against Women Act, a law that has provided critical protections against domestic violence and support for victims and has been credited with dramatically reducing the number of lives lost to domestic violence. The reauthorization included protections for the LGBT community, Native American and immigrant populations, and to combat sexual assault on college campuses.

Oh, he also said Hillary Clinton should be spanked.

7. Cruz tried to shut down the goverment to defund Planned Parenthood.

Cruz — like his counterparts in Texas state government — tried to use fake Planned Parenthood videos as an excuse to deny low-income Americans access to critical family planning and health care services. Cruz didn’t stop there though and — in a move that was even too extreme for his fellow Republicans — recklessly attempted to shut down the government to defund Planned Parenthood.

Cruz — who would throw out Obamacare on day one in office (doomsday) — called the no-cost birth control provision in the Affordable Care Act a ‘sham’ — a provision that has improved access and reduced costs for millions upon millions of women.

9. Cruz’s anti-abortion campaign group is lead by man who defended the murder of doctors.

Earlier this year Cruz put together an anti-abortion coalition as part of his campaign for the Republican nomination. Among the leaders of the group is Troy Newman, the president of Operation Rescue and a board member of the Center for Medical Progress, the front group behind the doctored Planned Parenthood videos. Newman and Operation Rescue have been at the forefront of the extremist movement to end abortion by "systematically harassing" abortion clinic workers. Newman has argued that the killing of an abortion doctor was a "justifiable defensive action."