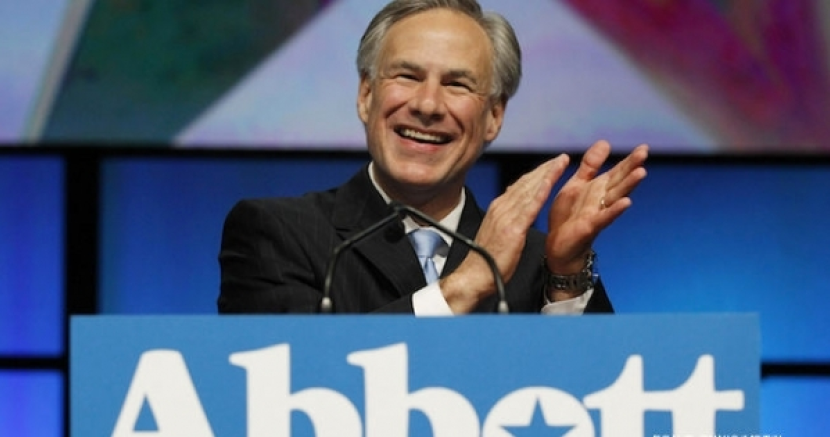 Texas Governor Greg Abbott thinks the federal government can't run healthcare - but that it can run a secret martial law mission in broad daylight.
That's essentially the thinking he is espousing by sending the Texas State Guard to monitor military training exercises in...Bastrop County.
If you haven't heard by now, a military training exercise called 'Jade Helm 15' is about to take place with the consent of private land owners in Texas - and six other states. But that has fringe interests on the edge because they think it's going to result in a government takeover (and here you thought that the military was untouchable in Texas).
It sounds crazy - and that's because it is crazy!
The conspiracy theories are perpetuated by radio host and conspiracy theorist Alex Jones, who believes that the federal government also conspired in planning the Oklahoma City bombing, planned the 9/11 attacks, and staged the moon landing.
Nice going followin' that guy, Governor.
To demonstrate how completely ludicrous this is, our team of museum-quality curators have scoured the interwebs to offer you our 5 favorite headlines on the subject.

Whoa, If True: 'Operation Jade Helm 15' Lays Groundwork for Martial Law!
"In any event, the Texas Guard will be watching."

Please don't feed the conspiracy theorists, Gov. Abbott
"Psst, the Martians are coming, too, did you know? Pass it on."

Abbott Engages Tin-Foil-Hatters, Will Send Texas Guard to Watch Federal Takeover
"The conspiracy theory that sprung up around Jade Helm 15 is almost too stupid to dignify."

Hero Gov. Greg Abbott Will Stop Obama From Doing Martial Law and ISIS to Poor Texans
"Shit yer pants and oil yer guns, y'all, it's time for a revolution!"

Paranoia catches Abbott's attention
"A radio host has been saying it is the U.S. military positioning itself to take over the states and declare martial law. Abbott apparently has heard the concern and ordered the Guard to monitor the training..."
We close with a particularly insightful excerpt comes from the Texas Monthly, which writes:

Now we’re at the point that the governor is not only acknowledging the fear but addressing it. In a rather ridiculous move, Greg Abbott “has instructed the Texas State Guard to monitor the operation dubbed Jade Helm 15,” writes the Dallas Morning News. It’s ridiculous, because even if it were true, it’s not like the state guard would be any match for “’elite teams such as the SEALs and Green Berets from four military branches.”