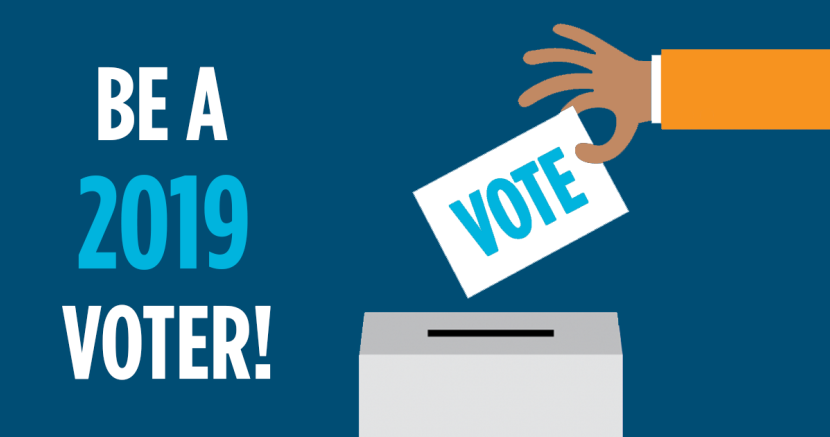 We’ve got you covered with our simple and informative statewide voter guide.

Texans, we have an opportunity to create change in our state this November through important state propositions, special elections, and local initiatives impacting our largest cities.

If you are not sure what you need to do to be a 2019 voter head over to GoVoteTexas.org.

Here’s our 2019 Texas voter guide to help you navigate the issues and elections on the ballot this year.

A solution to a fair and full court system is to move to nonpartisan election of judges. The legislature must address municipal judges.

A bond to allow access to clean water and basic water treatment to Texans, regardless of income and ZIP code.

This proposition allows for cities and counties to temporarily exempt property taxes for declared disaster areas.

Texas currently doesn’t have an income tax, but eliminating the possibility of any future tax on high earners is just a tricky way to justify a sales tax on everyone. Don’t fall for the trap.

This proposition funds Texas parks by directing taxes to the appropriate department for vital resources, protection of land and species, and expansion of parks.

We agree that health and cancer research must continue to be funded. However, the state needs to address the cancer research program funding structure and oversight before extending the funding program.

On the upside, it increases the distribution of education funding. On the downside, there are some concerns over the effectiveness of the program that will manage the funds.

Texans deserve a fair tax system that ensures industrial and commercial properties pay their fair share. This proposition does not allow for that.

This proposition allows for adoption of retired law enforcement animals (like K9s) by their handler or authorized agency without cost.

Our state legislature tackles issues most important to Texan like quality school funding and education, access to health care, and three state House seats are up for a special election this November.

Dr. Elizabeth Markowitz (D) is running to represent the good people of Fort Bend County and take a long-held Republican seat, following Republican Representative John Zerwas' retirement. Markowitz will be going up against six Republican candidates. In 2018, the district had a four-point margin.

Dr. Eliz Markowitz has our vote for Texas House District 28

Houston Democrat State Rep. Jessica Farrar is retiring from the Texas House after serving for over 20 years. Now 10 Democrats are running to represent voters in Northern and Western Houston.

Texas House District 100 opened up after voters elected former State Rep. Eric Johnson as Mayor of Dallas. This district is a strong Democratic district that has five Democratic candidates running to represent Dallas and Mesquite voters in the Pink Dome.

For the city of Austin, we're AGAINST Prop A and B.

Vote NO on Prop A, which creates a level of bureaucracy for parks like Little League fields.

This measure was put on the ballot by people who oppose the soccer stadium, except it's too late to stop the stadium so it won't actually do that. What's left is a measure that would require a supermajority of city council and voter approval (in an election that you will pay for), anytime there is a change in ownership to a current or future park that deals with youth and recreational sports. Injecting lobbyists and campaigns into Little League is the last thing we need. The measure has strayed so far from its initial purpose that even the guy who paid to put it on the ballot has said he no longer supports it.

Vote NO on Prop B, which threatens our ability to generate more tourism dollars to support arts and homeless services.

This deals with the expansion of the Austin Convention Center and HOT (Hotel Occupancy Tax) revenue. Austin City Council has voted to expand the convention center along with an increase in HOT revenue, which means tourism would generate more money for arts, music, and homeless services. But anti-growth interests, who are connected to a polling firm used by the Trump campaign, don't want an updated convention center and thus are willing to forgo an increase in HOT revenue to stop it. The ballot language even alludes to this: it doesn't increase funding, it simply continues the funding we already have with no mention of homeless services. Even the hotels favor an increase in HOT revenue and are against Prop. B. We are tourism destination, shouldn't our residents see a little more benefit from it?

Make sure you’re ready to be a 2019 voter at GoVoteTexas.org.