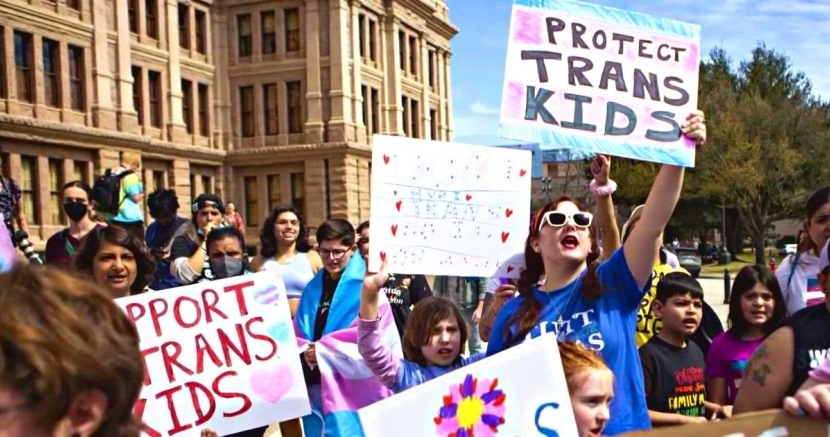 238 anti-LGBTQ bills have been filed across the country so far this year, with more than half specifically targeting trans people. This wave of bigoted legislation includes bans on transgender kids playing sports, bans on using bathrooms that correspond with gender identity, and attacks on access to gender-affirming health care. Texas has been at the forefront of anti-trans legislation, and just last year Texas introduced the most bills targeting transgender youth in the country.

Most recently, Gov. Greg Abbott and indicted Attorney General Ken Paxton renewed their attacks on trans youth with a non-binding opinion categorizing gender-affirming care for minors as “child abuse.” Abbott’s subsequent letter to the Department of Family and Protective Services instructing the agency to investigate families of trans kids has started a wave of attacks against transgender children seeking gender-affirming care, including at least five child welfare investigations and the pausing of providing gender-affirming care to children by providers. Abbott, Paxton, and other anti-trans lawmakers across the nation must be stopped.

Transgender Day of Visibility is a day to proudly say, “I see you, I respect you, and celebrate you and your accomplishments,” but it’s also a day for more than just words. Visibility entails a collective effort. In order to be seen, someone must be looking. The power rests within the eyes, and actions of the viewer. So, while March 31st is a day to center transgender people, it is also a day that calls cisgender people to action. It takes hard work to fight against anti-transgender legislation and achieve trans justice.

If you’re ready to do some work, here are some ways you can act: