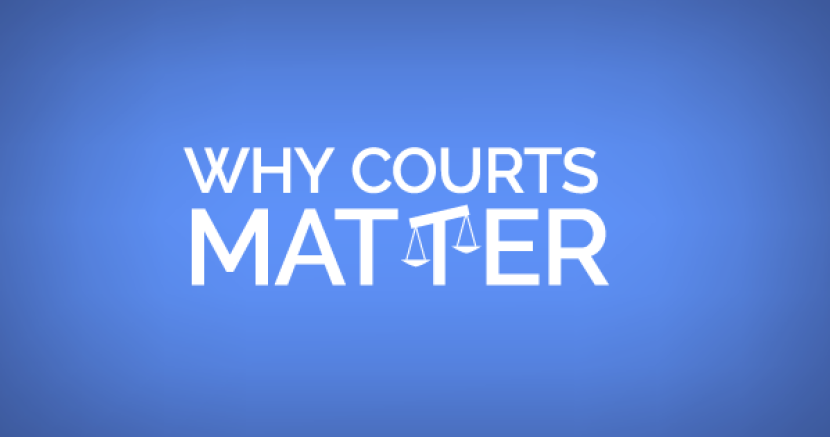 What 5,000 Days Without Federal Court Judges Means for Texas

In the last few years, as many as 12,000 cases have been backlogged because we don't have enough judges.

Texas' federal courts make rulings on almost every issue important to our state. While so much attention is given to the Supreme Court, it's critical to remember that dozens of federal judges in Texas have lifetime appointments to serve on lower federal courts, where they hear hundreds if not thousands of times the number of cases the Supreme Court hears.

And most of the time, on the biggest issues of the day, it’s the lower federal courts that have the final say.

Unfortunately, due to years of deliberate inaction by Texas Senators John Cornyn and Ted Cruz, our federal courts lack the necessary judges to get as much work done as possible. As the Chief Judge for the Eastern District Court of Texas put it:

”For the last several years, we’ve had a couple of judgeships vacant. Our caseload went way, way up..."

And not just up a little - the numbers are staggering.

Texas has 9 open bench seats in its federal courts - more than any other state in the nation. When you add up the total number of days each seat has been vacant, the number eclipses 5,000. And it's only getting worse.

In the last few years, the backlog has gotten so bad that as many as 12,000 cases have been backlogged because we don't have enough judges.

With so many delays, the issues that matter most can get stuck in courts. And given how important those issues are, any delay amounts to a severe injustice to the people of Texas.

To get a better understanding of those issues, check out our overview below about how some of the more popular issues here in Texas are shaking out in our federal courts.

Earlier this month, the 5th Circuit Court of Appeals ruled that Texas' voter ID law violated the Voting Rights Act. After years of attempts by Texas Republican lawmakers to impose this discriminatory law, the fight is over - not because of any electoral or legislative action, but because of the balance provided by the judicial branch.

A group of researchers recently found that the law, which was in place for the 2014 election, may have swung a critical Congressional race in Texas. Our right to vote is a fundamental principle of our democracy - and thanks to the courts, that right is better protected for the next election cycle.

We all know about the Affordable Care Act, and how the Supreme Court's rulings on the law have greatly impacted health coverage in Texas and across America. But it's another health care issue - the practice of telemedicine - that's currently working it's way through Texas' federal courts.
In Texas, some patients may get guidance from doctors over the phone - without having to get a face-to-face meeting. This growing practice of telemedicine has the opportunity to increase access to health care, especially for those living in rural areas or anyone with multiple jobs and/or a family that makes in-person doctor visits a burden.
The practice was under target by the state's Medical board, until - in one of the first cases brought to a federal court - a Texas district court judge ruled, in June, that the practice may continue:

The case could have implications for a number of other state boards as they develop rules surrounding telemedicine, Lacktman said. “The court's ruling may be a signal to state medical boards to be forward-looking and open-minded when developing rules, particularly when it comes to regulating new and innovative ways of providing healthcare to patients,” Lacktman said in an email.

3. Rights and Benefits of Same-Sex Couples

The June Supreme Court decision guaranteeing the freedom to marry was the biggest court ruling in years. But other rights and benefits are still being hashed out in lower federal courts, right here in Texas.

For example - whose name can appear on a birth certificate?

In a federal court filing this week, the Department of State Health Services said it could not issue birth certificates to same-sex couples because of problems with software.

It did not say when it would be able to fix the problems. A federal judge said officials could be held in contempt if they did not make the changes.

States had sued the Obama administration over a rule change to the federal Family and Medical Leave Act, or FMLA. That change was intended to grant time off to legally married same-sex couples, even if they lived in a state like Texas that at the time did not recognize same-sex marriage....

The federal court temporarily blocked that rule days before it was set to go into effect in March. But the issues in the case were resolved after the Supreme Court's June 26 ruling requiring all states to recognize same-sex marriage.

The battle for the rights of same-sex couples will continue in Texas for years to come, and Texas' federal courts will continue to play a crucial and perhaps definitive role in the process.

Whether it's the 2011 sonogram law, or the collection of 2013 laws that limit access to Texas' abortion facilities, Texas' federal courts have a long and detailed hsitroy of impacting abortion access for millions in our state.

A review of stories on abortion in recent years finds a regular and upsetting pattern: Texas passes restrictive laws, a district court judge finds the laws restrictive and partially unconstitutional, the 5th Circuit Court of Appeals reverses the lower court's decision, then the Supreme Court issues a stay to allow abortion clinics to temporarily stay open.

On this issue, rulings in Texas' lower courts that protect access to abortion provide crucial fact-finding information that higher courts, including the Supreme Court, can consider later on. While it's absurd that access to abortion remains under constant threat, there is at least hope that fair, legal rulings from courts can protect a woman's right to choose.