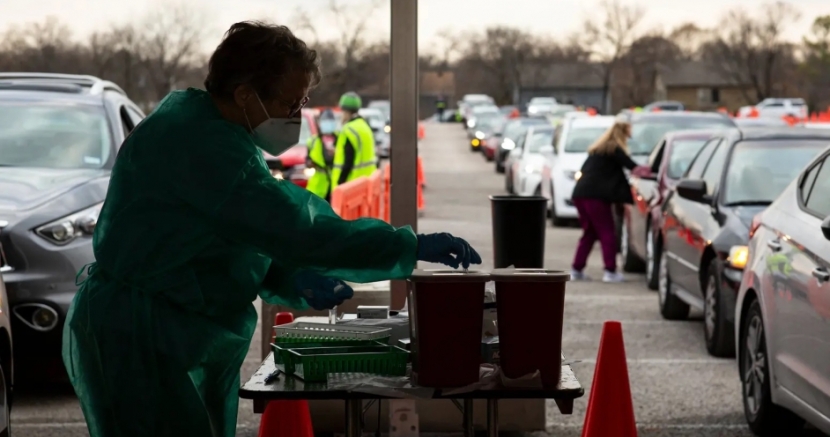 We Are Having Successes Against COVID, Thanks To Texas’ Local Leaders

When Harris County started giving $100 cash cards to folks who got vaccinated, the vaccination rate rose six times its previous rate. Other cities, school districts and counties are providing similar incentives, and they are working just as well.

The success of the incentives at the local level has received national attention. They one way the predominantly Democratic leadership in Texas’ major urban areas are getting around Gov. Greg Abbott’s continued opposition to vaccine and mask mandates.

Abbott has been to COVID what the warm waters of the Gulf of Mexico are to tropical depressions: his politically driven opposition to necessary precautions have turned the storm of the pandemic into a category 5 hurricane.

Local officials like Harris County Judge Lina Hidalgo, Dallas County Judge Clay Jenkins and others have, on the other hand, fought hard to protect their people from the virus. Vaccine incentives are just their latest bold move.

It didn’t always take incentives other than the incentive of protection from disease and death. I vividly recall the celebration surrounding the arrival of the oral polio vaccine in 1962. I grew up in Houston, and Houston and Harris County were hit hard by polio in the 1940s and 1950s.

I was young enough that I could have misunderstood the happiness and relief of our parents that day in the classroom of Longfellow Elementary School in Houston when we took the sugar cube full of the vaccine. But a check of newspaper archives at the time confirms the broad acceptance – and the profound effectiveness – of this and other vaccines in that era.

Here’s how Heather Green Wooten, author of The Polio Years in Texas: Battling a Terrifying Unknown, described the wide and unpolitical response to the life-saving polio vaccine to the Houston Chronicle:

“The first half of the 20th century was also one of the "golden eras" of medicine when researchers were unlocking the codes to many devastating illnesses: diphtheria, whooping cough, tuberculosis and influenza. As a result, the vast majority of Americans during the 1950s and 1960s trusted scientific leadership and eagerly complied with mass immunization programs. The Oral Polio Vaccine (OPV) developed by Albert Sabin was widely distributed to the American public in 1962. The first measles vaccine was licensed in 1963. (The Measles-Mumps-Rubella vaccine (MMR) debuted in 1971). Both vaccination initiatives were highly effective.”

It’s unfortunate that some political opportunists have tried to capitalize on the anxieties and uncertainties of a deadly pandemic. In doing so, they gave the advantage to the COVID virus instead of the people they are sworn to serve. So it goes.

But, we have had courageous, visionary leadership successes at the local level in Texas, from leaders committed to protecting the lives and health of their constituents, leaders who listed to scientists and medical professionals and then acted on that advice.

That is good news.