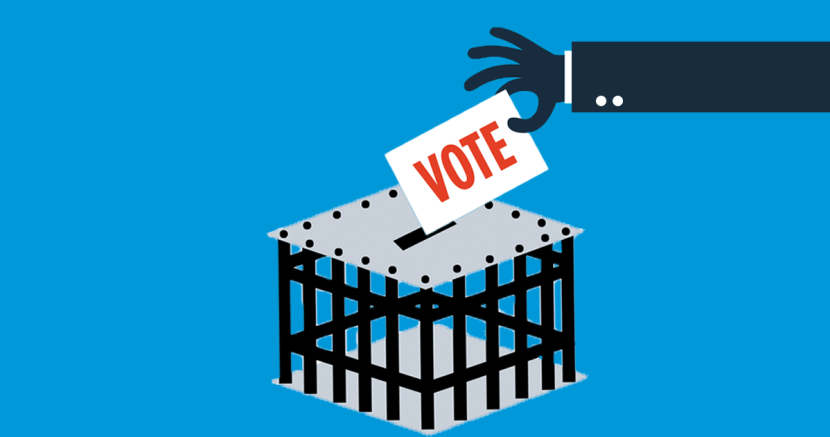 Voter disenfranchisement continues in Texas’ criminal justice system, but we can put an end to it.

The history of voter disenfranchisement is as old as voting itself.

In medieval Europe, the punishment of “civil death” meant that a person was unable to participate in society in any way, including voting, and sometimes even literally forced to live in the forest. This eventually lead to the slang term “wolves”, and we can draw our own conclusions about who it was that Little Red Riding Hood was really facing on her way to Grandmother’s house.

In Texas, we still disenfranchise voters as a form of punishment for felony convictions, though the right to vote is restored upon completion of a person’s sentence. The criminal justice system is riddled with barriers to voting from the moment someone is entered into the system and following their release and restoration of their rights.

The more worrying question is: what happens to people who are not convicted of a crime yet, who still have the right to vote and the desire to do so, but are stuck in jail awaiting trial?

The Harris County jail in Houston houses about 10,000 inmates at any given time. About 60% of those are awaiting trial and have  not been convicted. Many are being detained on misdemeanor or even traffic cases, which would not impact their voting rights even if they were convicted. With recently-implemented bail reform, this number could decline to some extent, but that’s still a lot of folks unable to exercise their right to vote.

In late August, Houston Public Media reported that the Harris County commissioner’s court ordered an inquiry into the possibility of a polling place in the jail.

This would address the concern of the massive voter disenfranchisement happening as a result of this pretrial imprisonment. The vote to approve this inquiry was split along party lines, with the Democratic commissioners voting in favor of the inquiry and the Republican commissioners voting against.

How on earth, one might wonder, could someone justify voting against an inquiry on this without admitting that they were motivated entirely by impropriety, racism, and unfair play? But, perhaps, I digress.

Curious about the progress on this polling place, I followed up with the Harris County Sheriff's Office, the agency responsible for running the jail. Jason Spencer, a spokesman for the HCSO, told me that the plan has been beset with difficulties from the start.

For example, Texas law requires that all polling places be open to the public, which is a problem for the jail, which for totally reasonable security reasons can’t allow unfettered access to anyone who might like to walk through the door. There are also restrictions on security cameras and weapons in polling places, which are also problematic for jail security.

Spencer went on to tell me that they had reached out to other jails across the state, and are unable to find a single jail in Texas that has a polling place in it, largely because of the legislative restrictions. Still, the Sheriff’s office has tried to help people exercise their rights.

“If someone has the right to vote, we don’t want to prevent them from voting just because they’re incarcerated,” he said.

In the past, HCSO has worked with volunteer organizations to help register prisoners to vote by absentee ballot. In 2017, he said, they were able to register about 1,500 eligible inmates, and about 20% of those actually mailed in ballots. But Spencer thinks that an actual physical polling place would increase the percentage of inmates who participated.

So the question remains: what is to be done about this wide swath of voters who are being disenfranchised unfairly?

A large part of me wants to use this platform to rail for decarceration – for more and better criminal justice reform in our great state. But in the absence of that gigantic undertaking, away from the radical call for equal protection and the recognition of civil rights for everyone, change could come from narrowly-tailored legislation that allowed for polling places in jails to be carve-outs to general election requirements.

Jails already have schools, hospitals, and churches that allow for heightened security measures, and they should also have polling places.

As we work to progress to a more just world, we should be mindful of the things we do to people that we can’t take back, that disincentivize them from participating in society when they are released because they feel no ownership in the way that things have happened.

People fought and died for suffrage countless times throughout human history, and we can’t let those sacrifices be forgotten. Every vote is this sacred, meaningful message we hold and send.

After all these years, the truth comes out: it’s not the wolves in the forest that are dangerous. It’s the pigs in power.