VIDEO: Rick Perry knows it is about a bribe 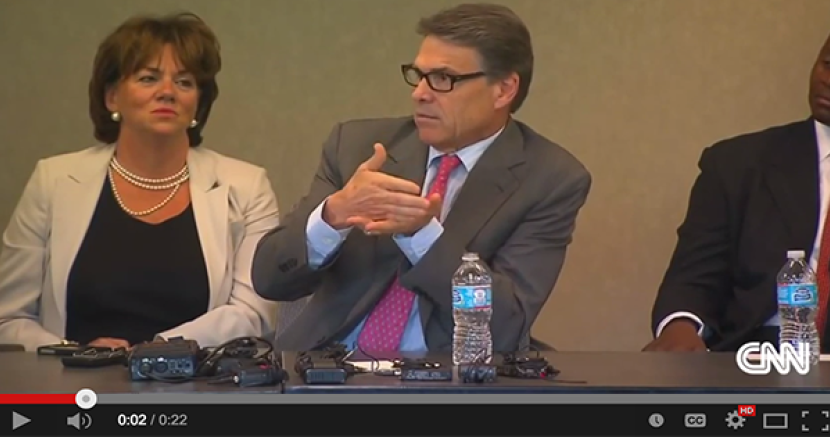 Rick Perry just responded to losing yet another challenge on his bribery indictment.

In the statement to the press, Perry and his high-priced lawyers continued to misrepresent the charges against the former Governor. This case is not about Perry's right to veto anything. Perry offered money for the resignation of an elecfted official. This is the crime he committed, and for which he is charged.

In fact, the complaint was filled before Perry issued the veto.

The veto talk is just a smokescreen and Rick Perry knows this - just see his remarks from last August in New Hampshire: