A victory for vote-by-mail and an election advisory. Now what? 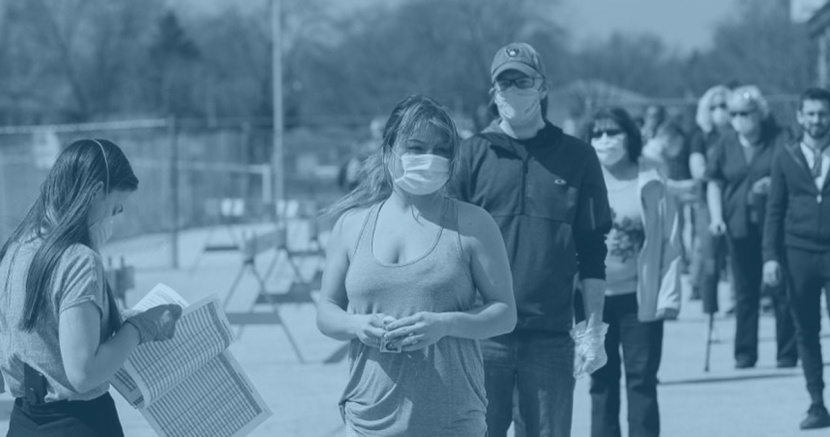 Inaction of Texas lawmakers is set to make democracy a casualty of COVID-19.

A Texas state district judge has issued a temporary injunction allowing all Texas voters to utilize vote by mail during the COVID-19 pandemic citing the “disability” option. Now, the state has some planning to do.

While the Texas Attorney General’s Office is expected to appeal the decision, this was a huge victory for all Texans who refuse to choose between their physical safety and health and casting a ballot.

Until now, Texas has utilized one of the most restrictive mail-in ballot systems in the country, allowing only four specific groups of Texans to apply for an absentee ballot. Vote by mail has been shown to increase overall turnout with zero demonstrable benefit to either political party, and it’s also been deemed the CDC’s number one recommendation for moving forward with elections that will keep people safe. This judicial decision has the potential to greatly expand mail-in voting, which is beneficial for both democracy and public health.

The political and civic groups who sued the state for this vote by mail expansion, however, are not advocating to eliminate in-person voting. In fact, they have consistently and relentlessly urged the Secretary of State’s Office to issue guidance to county election officials and to commit to providing counties with the necessary resources they would need to conduct an election during a public health crisis if voters do choose to make the physical trip to the polls.

That long-awaited guidance finally arrived just over two weeks ago but left much to be desired. The Texas Secretary of State’s Election Advisory was largely a regurgitation of existing election code and provided no clarity, or constructive guidance to county leaders around the most pressing issues we’ll be facing in our upcoming elections.

To Secretary Ruth Hugh’s credit, there were very helpful sections in the advisory around voter registration and detailed tips for sanitizing polling locations and machines, and the fact that she sent an advisory out at all was a start.

However, any of the useful segments were overshadowed by the major issues the advisory did not clearly address.

One of the most notable and interesting, perhaps even disturbing, parts of the advisory was the language around counties being responsible for getting their own court orders to modify any voting procedures necessary for the current public health situation. Aside from that suggestion and a request for counties to send copies of their court orders to the Secretary of State, no specific guidance or advice for instituting additional safeguards was given.

There was also no list of solutions given for addressing cyber-security or connectivity security. The only list that was included was expected cyber-security problems.

If the state ends up being unsuccessful in blocking mail-in ballot expansion in the courts, the onus should be on the Secretary of State to address the glaring holes around the mechanisms we would need in order to deal with what will inevitably be a huge influx of mail-in ballots across the state. The issues that would arise from an increase in the number of mail-in ballots would be significant, but not insurmountable - as long as we don’t leave planning to the last minute. This would include ballot tracking/processing, prepaid postage, delivery and drop-off systems, and overall cutting barriers.

Planning for the future

The federal government allocated $400 million in the last stimulus bill for elections, which was far short of the $2-4 billion that voting advocates said they needed. If the federal government insists on abdicating its responsibilities and refuses to give states the financial investment and resources necessary to take action now, then state leaders need to step up.

Nevada and Montana have expanded vote-by-mail.

Meanwhile, Texas has threatened to criminally prosecute people who apply for a mail-in ballot out of fear of contracting COVID-19, despite a courtroom loss.

So what’s next? A lot of work.

Ali Lozano is the Voting Rights Outreach Coordinator at the Texas Civil Rights Project where she develops and implements legal advocacy initiatives in response to shifts in policies affecting voting rights. She has previously worked for the LGBTQ Victory Fund and the Texas Freedom Network and has served on three boards for organizations working to advance LGBTQ equality and reproductive justice.