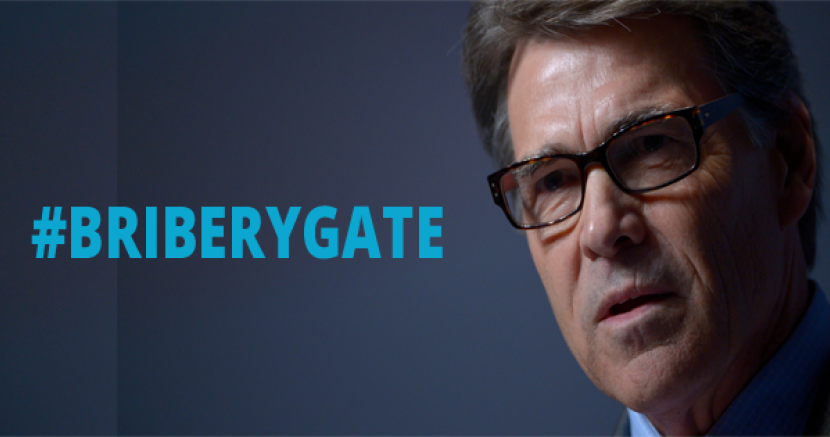 A story in today's Texas Tribune reveals that Governor Rick Perry's emissaries continued offering money and trades in exchange for District Attorney Rosemary Lehmberg's resignation - even after he vetoed funding for the Public Integrity Unit. This is of course the same District Attorney and Public Integrity Unit that was actively investigating one of Perry's signature projects.

Below are excerpts from the story in today's Tribune.

Even after Gov. Rick Perry stripped funding for the agency that prosecutes state public corruption cases, his emissaries worked to swap the resignation of embattled Travis County District Attorney Rosemary Lehmberg for restoration of the money, several sources told The Texas Tribune this week.

“It was communicated to me if she stepped out, [Perry] would restore the funding,” said Travis County Judge Samuel T. Biscoe, a Democrat who said he was one of several people made aware of the proposal from Perry’s office. “I was told his office made the representations.”

An Austin grand jury convened last week to consider evidence brought by Special Prosecutor Mike McCrum, of San Antonio, about whether Perry violated laws, including coercion of a public official and potentially bribery, when he made good on the threat to strip the integrity unit's funding after Lehmberg declined to resign.

Several sources, who asked not to be identified, citing the grand jury investigation, told the Tribune that Lehmberg was informed of the proposal last July. She was also told, they said, that the proposal came from the governor’s office, about a month after Perry made good on his threat to veto the state funds to the public integrity unit.