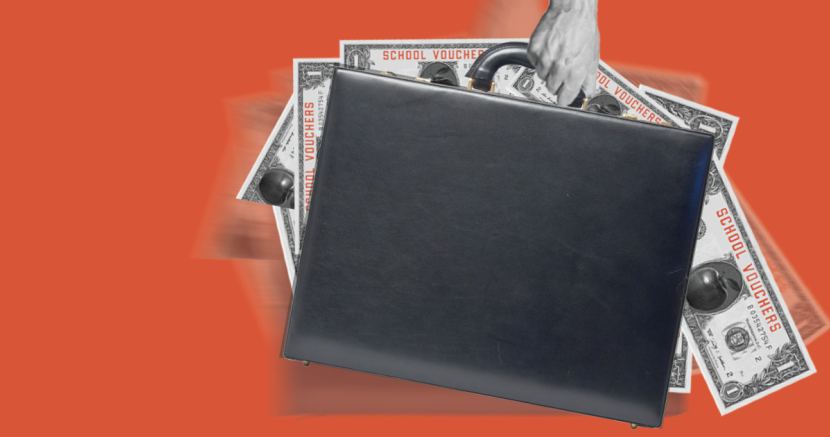 HB 21 as it was originally filed by Rep. Dan Huberty (R- Houston) was a much-needed and welcomed school finance reform bill with bipartisan support. But when the bill reached the Texas Senate on a Sunday night it was poisoned by a far-right, special education voucher program amendment introduced by Sen. Larry Taylor (R- Friendswood). Earlier this session, the Texas House decisively voted down a voucher amendment to the state budget, a move that signaled that the body wasn’t interested in Lt. Gov. Dan Patrick’s goal of privatizing public education.

The voucher amendment would give parents of kids with disabilities to public funds to relocate their children to a private schools, robbing taxpayer money from public schools, redirecting it to private schools.

#HB21 is a now a voucher bill that cuts TX House #txed proposal by about $1 billion. This bill is not worth referring on. #txed #txlege pic.twitter.com/qFgjD3cGGI

Advocates worry about the vast implications of giving state funds to private institutions that are not held accountable to federal or state regulations and requirements, as Executive Director of TFN Kathy Miller pointed out:

As many sketchy actors do, the Senate GOP waited until the dark of night to attach and vote on the controversial vouchers amendment:

I move to suspend #hb21 voucher debate until parents & educators are awake & until there's an updated fiscal note. All in favor? #txlege

The bill began as a step toward fixing the state’s beleaguered and underperforming school finance system and would have benefitted all Texas students, including special education students, but the Senate GOP turned it on its head:

The effects of the voucher program will exacerbate the funding issues already present for students and educators:

HB 21 will go back to the House, where vouchers have already been rejected by Democrats and Republicans alike.