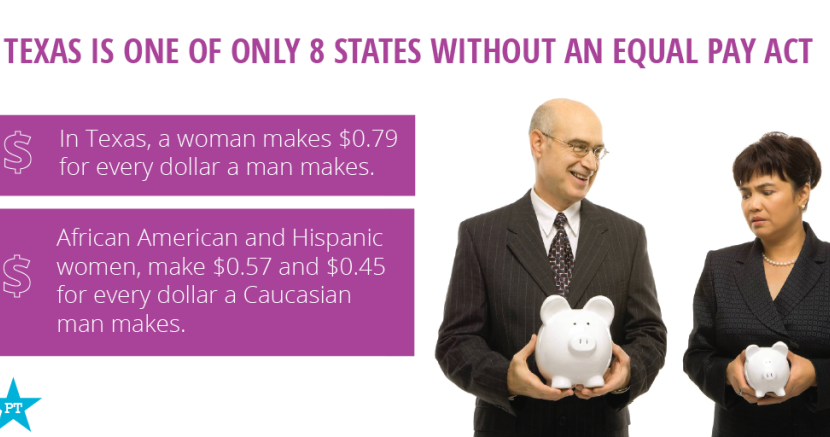 Equal pay is a family issue. Women make up nearly half of our work force and are increasingly breadwinners in their families. When women are not paid fairly, Texas families suffer.

Which is why it's so upsetting that last week, Republicans voted down a much-needed study on Texas' equal pay wage gap.

During last week's budget debate in the Texas House of Representatives, Rep. Mary Gonzalez offered an amendment requiring the Texas Comptroller, Glenn Hegar, to "provide a report comparing the salaries of men and women employed under the same job classification system at all Texas state agencies."

Rep. Gonzalez' argument was simple: all Texas state agency employees, regardless of their gender, should receive equal pay for equal work.

Unfortunately, House Republicans struck down the amendment - every Democrat voted for it.

A March 2014 San Antonio Express News investigation into salaries in the state’s attorney general’s office revealed that most female assistant attorneys general make less on average than do men in the same job classification.

Rather than wait on newspaper investigations, Texas should pro-actively evalute gender wage gaps for state employees.