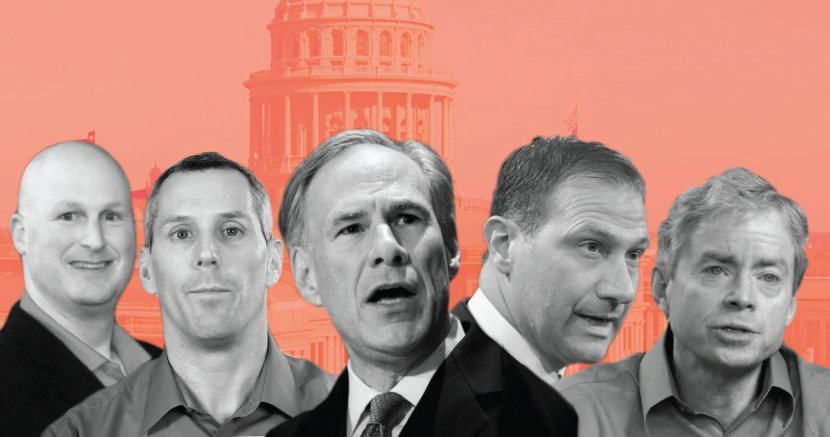 Undeterred by the US Supreme Court calling out the lies they used to justify restrictions in previous sessions, anti-abortion politicians are at it again.

Filing more than 35 anti-abortion bills this session — which runs through May 29 —  backwards Republican politicians have made clear their intention to further interfere in decisions that should be between a woman, her family, and her doctor.

Their goal: to eviscerate access and erode autonomy by adding these restrictions — which range from the cruel to the bizarre — to the already existing mountain of restrictions and barriers faced by a woman seeking an abortion in Texas.

Click here to take action to stop these bills, and we’ll keep you posted on targeted actions as we move through session. We’ve also included Capitol office phone numbers below in case you want to let these lawmakers know you oppose their bills.

HJR 104 by Rep. Matt Shaheen is a resolution calling for a ratification of an amendment to the U.S. Constitution that would ban abortion.

HB 87 by Rep. Matt Schaefer (R-Tyler: 512-463-0584) would force a woman who discovers a severe fetal abnormality — a fetus that cannot survive outside the womb — after 20 weeks to carry the pregnancy to term.

HB 1049 by Rep. Valoree Swanson (R-Spring: 512-463-0572) would violate the doctor-patient relationship and would ban abortions except in very limited circumstances and would revoke the license of physicians performing abortions outside these very limited exceptions.

HB 35/HB 201 by Rep. Byron Cook (R-Corsicana: 512-463-0730) would require the cremation or burial of embryonic and fetal tissue after an abortion or miscarriage. This cruel measure is entirely medically unnecessary and is designed to stigmatize and shame women seeking abortion and cut off access to abortion. A corresponding rule proposed by Governor Greg Abbott — proposed just days after the Supreme Court struck down two Texas abortions restrictions as unconstitutional — is being challenged in federal court and has been temporarily blocked from going into effect by a federal judge.

SB 258 by Sen. Don Huffines (R-Dallas: 512-463-0116) would force a woman seeking an abortion to fill out a form on the burial or cremation of embryonic and fetal tissue.

SB 8 by Sen. Charles Schwertner (R-Georgetown: 512-463-0105) and HB 200 by Rep. Cindy Burkett (R-Sunnyvale: 512-463-0464) would prohibit doctors from performing a specific abortion procedure that the anti-abortion movement has branded a “partial birth abortion.” These bills are based in and perpetuate extreme anti-abortion ideology rather than being grounded in science or practice, even. The intact dilation and evacuation (D and X) abortion procedure — as is it actually called by the medical community — is already prohibited by federal law. As is the the provision of SB 8 that would ban that sale of fetal tissue.

SB 415 by Sen. Charles Perry (R-Lubbock: 512-463-0128) and HB 844 by State Rep. Stephanie Klick (R-Fort Worth: 512-463-0599) would ban the most commonly used abortion method performed in the second trimester, dilation and evacuation (D&E), by criminalizing doctors, and uses unscientific and inflammatory language to stigmatize the procedure.

Status: SB 415, Passed out of Senate; HB 844, Referred to House State of Affairs

HB 612 by Rep. Jeff Leach (R-Plano: 512-463-0544) uses the myth of coerced abortion to impose a 72+ hour waiting period and ignores the complexities of intervening in cases of domestic or sexual violence.

SB 25 by Sen. Brandon Creighton (R-Conroe: 512-463-0104) and HB 434 by Rep. Ron Simmons (R-Carrollton: 512-463-0478) would eliminate the “wrongful birth” legal claim and shield medical professionals from liability for withholding information that may have resulted in a woman obtaining an abortion. By potentially limiting the information a woman is entitled to receive, this bill could undermine a woman’s ability to decide whether or not to have an abortion.

Ed. Note: This post was originally published on January 10, 2017 and will updated throughout session.