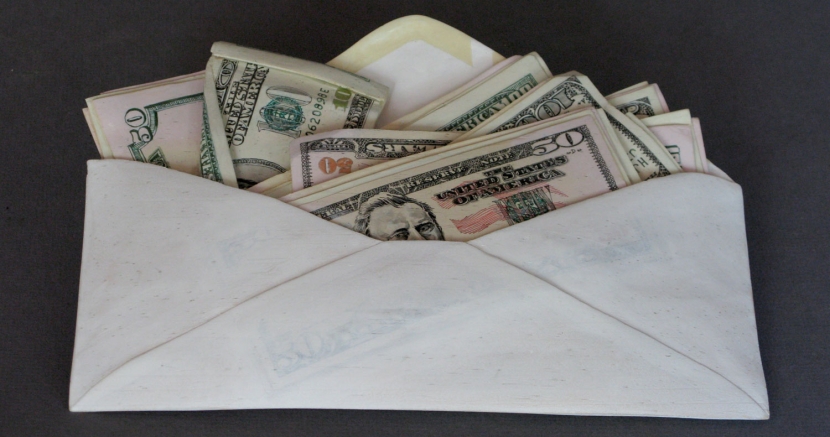 Texas state agency leaders, including Attorney General Ken Paxton and Land Commissioner George P Bush, you’d better watch out. All those potential whistle blowers you paid for their guaranteed silence? Under the law, they are probably free to reveal whatever secrets you are trying to hide.

If a party to a contract is legally prohibited from entering into such a contract, other parties cannot be bound by the terms. In case you didn’t know, it’s likely illegal for the state to use taxpayer money to pay hush money to employees.

In recent weeks, investigations by the Dallas Morning News and the Houston Chronicle have uncovered a widening scandal at multiple state agencies.

Apparently, Paxton, Bush and other agency heads misused an obscure “emergency leave” provision to pay hush money to departing employees. It looks like the employees were coerced into signing “settlement agreements” that guaranteed them continuing pay even after they left their jobs. In return, the employees agreed to keep their mouths shut.

“Directors at several Texas agencies are skirting state law to keep employees on the payroll months after they’ve left their jobs, and records obtained by The Dallas Morning News show those deals are often attached to settlements designed to keep ex-employees quiet.”

While a state agency has the authority to negotiate an out-of-court settlement on say, a discrimination allegation, it cannot pay hush money to former employees, especially by using the subterfuge of an “emergency leave” law intended to pay employees in dire personal circumstances for a day or two of paid leave.

Now, not all of the employees involved are potential whistle blowers. Some were probably just given “golden parachutes” by friendly bosses attempting to guarantee ongoing political loyalties.

But according to the Dallas Morning News, some of the instances occurred at the Department of Information Resources, an agency in a position to have key information about ongoing scandals in state outsourcing contracts. Texans might wonder about the multi-million dollar scandal regarding theAttorney General’s Child Support Enforcement Division in which a private contractor ran up enormous costs and delays. That particular scandal happened on former Attorney General and now Gov. Greg Abbott’s watch.

The Houston Chronicle found that in the past three years, 20 of 120 state agencies, including theTeacher Retirement System and the Water Development Board, had 133 staffers paid with “emergency leave” money after they’d packed up their offices.

What secrets are being kept quiet at the Teacher Retirement System? How about the Water Development Board? Or Ken Paxton’s office? Or Sid Miller’s Department of Agriculture? Or theLottery Commission?

The widespread use of illegal payments to former employees raises questions far beyond that lawlessness. What other lawlessness has been hidden by the hush money payments?

Well, because the employees involved probably cannot be bound to contracts illegal for the state to enter into, we may eventually find the answers to those questions. Investigators from the Legislature, state and federal law enforcement and journalists may find more willing talkers than they expected

Maybe not. Coercion and intimidation may not have begun and may not stop with the illegal payments. Employees with stories to tell may remain too frightened to talk. But they probably can’t use the excuse of hush money agreements because their former bosses simply cannot legally enter such agreements.

There will be a lot of legal wrangling around these issues, of course. The law – especially when it comes to government, corruption and ethics – has pretty much eliminated “cut and dried” conclusions (to use the vernacular) from legal arguments.

But for those state officials thinking they successfully used taxpayer money to save or enhance their reputations or careers, they might need to think again.