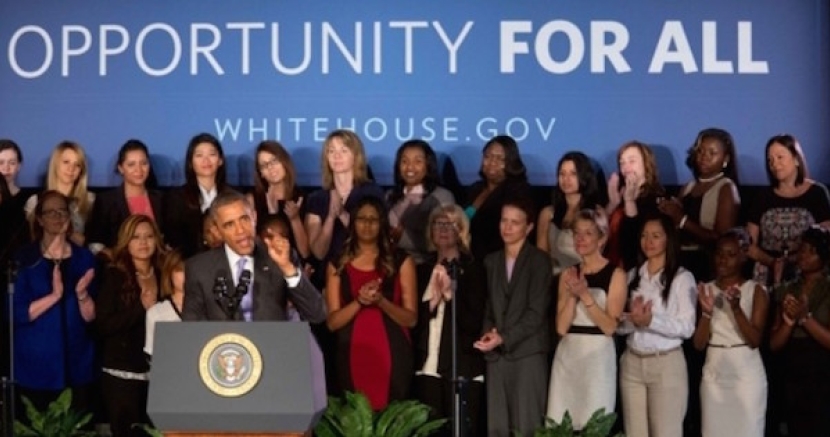 Last night, during his State of the Union address, President Obama called on lawmakers to create opportunity for Americans by raising the federal minimum wage and ensuring that women get equal pay for equal work. President Obama focused on our responsibility to revive the fading prospect of the American Dream. This session, Texas lawmakers have filed many bills aimed at addressing these critical income inequality issues and correcting this injustice.

Texas State Senator Rodney Ellis and Texas State Rep. Trey Martinez Fischer have introduced constitutional amendments and legislation that would enable hardworking Texans to earn a living wage by raising our state minimum wage to $10.10. Additionally Senator Royce West and Senator Ellis proposed legislation that would allow for counties to set their own minimum wage, so long as it is above the state and federal level. This legislation would give cities and counties local control to address the needs of their residents.

At both the national and state level, women still get paid less than men for the same work. In Texas, women are paid 79 cents—and African American women and Latinas far less—for every dollar a man makes. Last session, Senator Wendy Davis and Rep. Senfronia Thompson authored the Texas Equal Pay Act which passed with bipartisan support in but was vetoed by Governor Rick Perry. This session, Rep. Thompson and Senator Ellis re-filed the Equal Pay bill that would make it easier for Texas women to fight back against wage discrimination. And though 42 other states have passed equal pay laws, Governor Greg Abbott has vowed to follow in Perry’s footsteps and veto the bill.

Legislators have their work cut out for them as they fight for a minimum wage and equal pay in Texas this session. And we at Progress Texas, with your help, will work hard to support their efforts to build a Texas that promotes fair and just compensation.