Ted Cruz: Do Your Job and Fix Our Courts 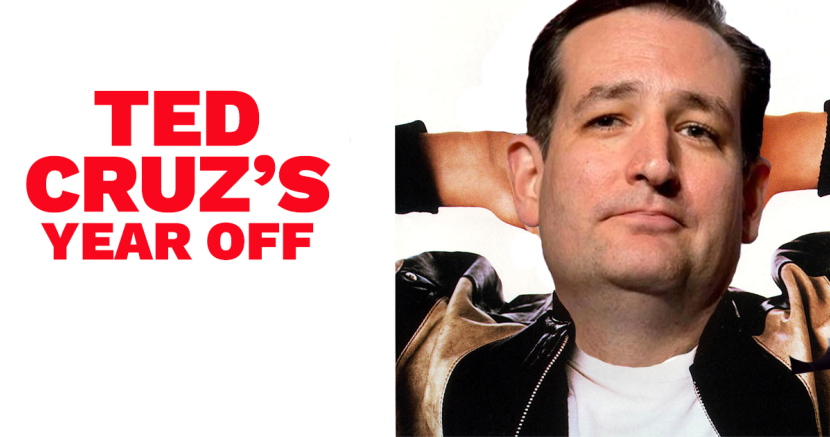 Ted Cruz has had a busy year campaigning for a new job, but he has had a much less busy year doing his current one.

We live in an era where many political issues wind up in court - issues like racial discrimination, equal pay, immigration, abortion, voting rights, and lawsuits related to on-going denials of same-sex marriage and death benefits.

But many of these cases are not heard in a timely manner because Texas has been experiencing a high number of judicial retirements that create court vacancies. Filling these vacancies relies on a U.S. Senator recommending judges to the federal bench.

Despite a total of nine vacancies in the state, Ted Cruz has not offered any judicial recommendations this year and only offered a handful last year. His lack of action has created a series of “judicial emergencies,” leading to one of the worst vacancy rates in America and a backlog of up to 12,000 cases.

The legal process already takes a long time, Ted Cruz is making it worse by becoming a serious roadblock for justice in Texas.

As we wrote in 2014, Senator John Cornyn also deserves some blame. However, even Cornyn was able to fill vacancies more efficiently when working with Cruz’s predecessor, Kay Bailey Hutchison.

But since Cruz took office, the number of pending cases in Texas’ federal district courts have increased by more than 3,000 – and neither Cornyn nor Cruz have put forth a single nominee in 2015.

It’s obvious that Ted Cruz does not want to recommend nominees while President Obama is in office. This is an inexcusable denial of justice for the people he represents.

All of this, and Ted Cruz wants to be president. Do you think you would get a promotion if you didn’t do your job?

Ted Cruz has the power to remedy all of this by immediately offering qualified judicial recommendations.