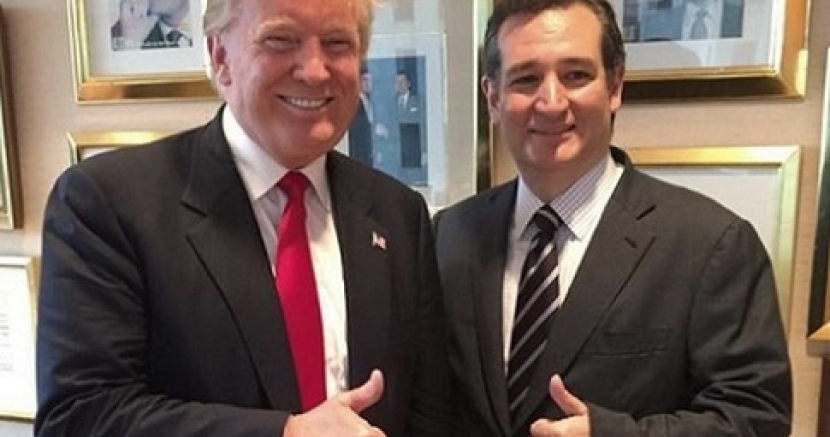 Ted Cruz on Tuesday called for law enforcement to step up their policing of Muslim neighborhoods in the U.S. in the wake of terrorist attacks in Brussels that ISIS is claiming responsibility for.

The Texas senator said in a statement, "We need to empower law enforcement to patrol and secure Muslim neighborhoods before they become radicalized," adding that the U.S. can no longer afford to "political correctness."

Cruz's desire to out-extreme Donald Drumpf on foreign policy is disgusting, but not surprising. He's recently hired Frank Gaffney as a top foreign policy advisor - the guy who came up with Drumpf's plan to ban all Muslim travel.

When pressed for further details about his plan, Cruz pointed to a now defunct program that ran in New York City.

.@TedCruz on what he meant by patrolling Muslim neighborhoods: "A classic example was Michael Bloomberg's very successful program."

But here's the thing - the NYC program Cruz is touting was a total failure that failed to lead to a single arrest.

From a New York Times rundown of the failed program:

Detectives were told to chat up employees at Muslim-owned businesses and "gauge sentiment" about America and foreign policy. Through maps and photographs, the police noted where Albanian men played chess in the afternoon, where Egyptians watched soccer and where South Asians played cricket.

After years of collecting information, however, the police acknowledged that it never generated a lead.

Ted Cruz is not touting a successful program at all. He's citing a program that justifies unchecked domestic surveillance of U.S. citizens, in attempt to create a Big Brother government program that makes him look tougher than Donald Drumpf.

Ted Cruz's latest foreign policy idea is as dangerous as anything Drumpf has proposed, further demonstrating why his brand of extremism is as much a threat to American life as anything else proposed during the GOP primary.