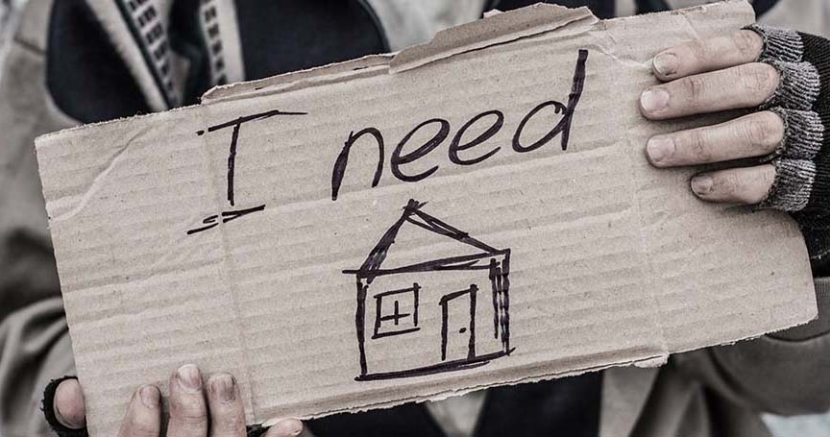 The solution to homelessness is a home

Courtesy City of Olympia
How providing stable, resource-available housing can truly help the people who struggle the most and save us all a bunch of cash.

People experience homelessness all over Texas.

Homelessness has a lot of different faces. Like the criminal justice system itself, it is disproportionately black men who find themselves on the streets, but LGBTQIA+ youth, military veterans, and other persons of color are overrepresented, too.

Though there is a perception that homeless populations are full of criminality, a belief repeatedly and doggedly trotted out by Governor Greg Abbott, the truth is people experiencing homelessness frequently come into contact with the criminal justice system because of “nuisance offenses” such as trespassing, camping, or panhandling.

Many of these are fine-only offenses, like a traffic ticket, but then when the person does not appear in court or pay the fine, a warrant is issued and they are taken to jail on new charges. This can prove difficult for anyone without a permanent address, an ID, or sufficient funds.

What do you do? Where do you go and how will you get there? You need money, but the first major hurdle to getting any “real” job is that you need an ID. Where will you get a copy of your birth certificate? How will you pay the fees for certified copies of records?

Though Abbott has continued to blame individual instances of violent crime on Austin’s recent decriminalization of some city ordinances related to homelessness, a 2009 study from the American Psychological Association showed that criminalizing things like panhandling and camping actually increased the incidence of other more serious crimes among the homeless community, possibly because it caused more desperation and so more rash acts like theft or robbery.

The narrative about how to deal with homelessness has been a mish-mash of several different unworkable, moralistic, not-in-my-backyard policies including: making being homeless illegal via these various anti-camping, anti-panhandling, anti-loitering, and anti-vagrancy ordinances; bussing homeless people to other cities to make it someone else’s problem; and forcing people in search of resources to commit to completion of substance abuse treatment programs prior to any additional assistance.

Campsites with no access to running water or public sanitation are unacceptable ways for our fellow human beings to live, especially in Texas’ notoriously inclement weather. Heatstroke and other medical issues, many related to the difficulties of living on the street, end up costing the state thousands of dollars a year per person in emergency medical expenses, not to mention the human cost of lives lost to preventable conditions.

In addition, it is extremely expensive to house someone in jail even for a short amount of time (about $22,000 a year in Texas, not including any emergent medical treatment). Often, the expense to the state of a person experiencing homelessness between their medical expenses and costs to incarcerate them or place them in in-patient treatment programs ends up running in the tens or even hundreds of thousands of dollars a year.

Obviously, criminalizing and bussing are bad ideas, but what about treatment? Why is that so off-base? Treatment facilities are overcrowded as-is, and wait lists are often months or more than a year long, leaving people without services in desperate limbo. Additionally, maintaining sobriety while in a sober-living facility is well and good, but after release from the facility, how do you maintain sobriety while trying to sleep in 100 degree heat under an overpass, being food-insecure, and not having access to transportation for follow-up care?

So what do we do? The answer, from fiscal, moral, and evidence-based standpoints is clear: give people a place to live first and then follow through with connection to resources.

The housing-first model is a solution

Across the nation, housing-first models, as opposed to rehab-first models, boast the best success rates- solving homelessness for as much as 92% of people who participated. That’s an amazing result and, to me, justifies just about any cost. But the best part about Housing First models is that they are actually cheaper than doing nothing or doing what we’re doing now.

Compared to the tens of thousands of dollars a year it costs the state when someone lives on the streets, housing-first programs cost more like $15,000 a year.  That’s right- it’s exponentially less expensive to give someone a place to live and help them find resources rather than to let them fight it out for themselves on the streets. Part of the reason for this is because once people find resources, they can contribute to the cost of their own housing.

Houston has, fairly quietly, reduced its homeless population by nearly half in the past nine years, since it introduced a Housing First-based program in 2011.

More cities in Texas need to implement these types of programs on a large scale if we are really serious about doing something to address the growing problem on our streets.

Abbott is partially right, though unintentionally so, Austin (and the rest of Texas) must address homelessness more aggressively. This is not because they need to further criminalize and incarcerate people at the vast and unwarranted expense of taxpayers, as Abbott would have us believe in his ridiculous and unsupported fear-mongering. It is because we must prioritize effective, efficient housing-first models with extensive mental health and substance abuse treatment components.

What people experiencing homelessness need is a home.