SCOTUS Will Take Up Obama's Actions to Keep Immigrant Families Together 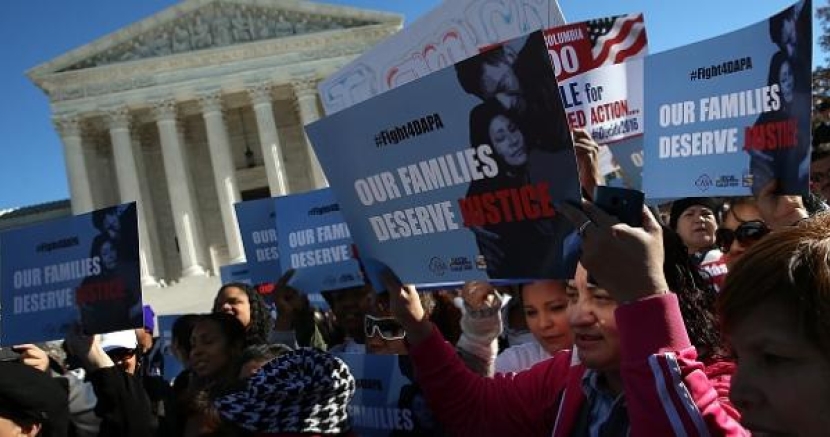 The court's ruling will determine the fate and future of five million undocumented immigrants,

The U.S. Supreme Court announced it will take up the case on President Obama's executive order on immigration this spring, with a ruling expected in June of 2016. The court's ruling will determine the fate and future of five million undocumented immigrants, once again underscoring why courts matter.

The order under review was announced by President Obama in November of 2014. His order created DAPA (Deferred Deferred Action for Parents of Americans and Lawful Permanent Residents), a program that removes the threat of deportation for parents of children living in the United States legally. With his order, the President has stated he is trying to ensure that families were kept together - and to take whatever action possible, since Republicans in Congress have blocked immigration reform for years.

The case itself, United States vs. Texas, comes down to four key questions - as explained by SCOTUSblog:

In addition to the key legal questions, there are a number of important pieces of context to keep in mind:

The Supreme Court is expected to take up the case in April, with a ruling expected in June.

We'll keep a close eye on this case in the weeks ahead, as we look forward to what will be a blockbuster Supreme Court term in the summer of 2016.