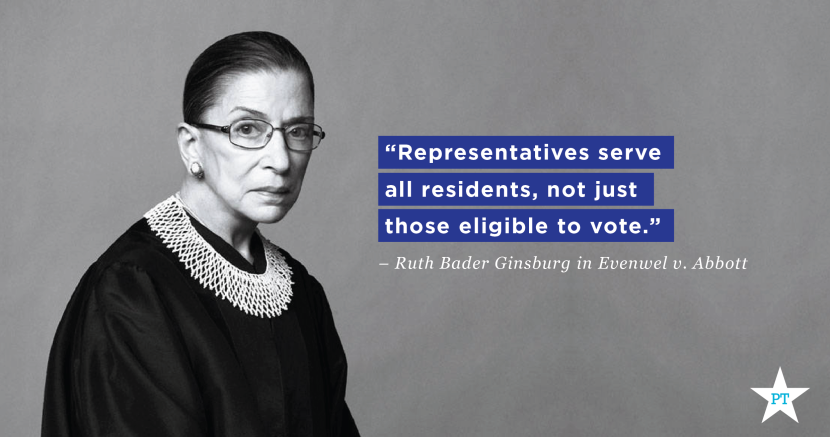 Ed. note: the following is cross-posted from the Texas Research Institute.

From our previous writing on the case:

In Texas, redistricting is supposed to divide up the people of Texas into equally populated legislative districts - 31 State Senate districts, 150 State House districts, and 36 Congressional districts. The lines are supposed to divide up evenly based on the bedrock principle of "one person, one vote" which provides that is every person is counted - even children, who can't vote - because the laws passed by government officials impact everyone.

The court case, Evenwel v. Abbott, was brought forward by conservative "whites rights" activists who wanted children to no longer be counted for purposes of drawing district lines.
The proposed policy would have "devastated minority representation in Texas." As State Senator Sylvia Garcia noted in a press release:

This lawsuit was an attempt by parties who sought to suppress the political strength of Latino voters in Texas.  Had the challengers had their way, my district, Senate District 6, would have grown from about 831,000 constituents to over 1 million, while the number of registered Latino voters would have dropped from 55% to 45%.
Thankfully, the Supreme Court recognized that there was no reason to change what they recognized as a centuries-long principle of looking to total population for representation.