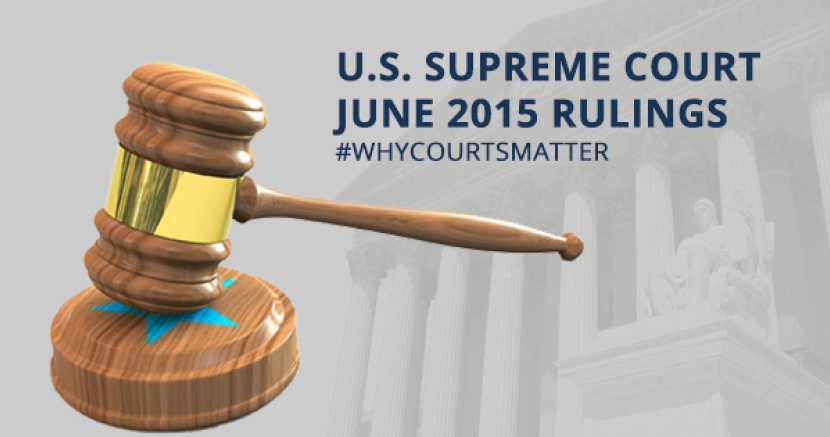 Ed. Note: the following is Part 2 of our 5-part SCOTUS 2015 series reviewing decisions from this summer.

The Supreme Court just upheld an essential tool that is needed to combat housing discrimination.

The case, the Texas Department of Housing and Community Affairs v. The Inclusive Communities Project , raised questions about segregated housing projects similar to those in McKinney, Texas.

Here's what the case centered on: developers in Dallas were given subsidies from the state to build low-income housing. The Inclusive Communities Project sued, arguing these affordable housing units were being clustered in the same place, making businesses less likely to invest in the area.

The Inclusive Communities Project was able to sue using a tool known as Disproportionate Impact Suits. These lawsuits point out disparities between classes, races, or sex which indicate discrimination. Without these suits, affected classes would have no recourse. Policies such as restrictive zoning laws, inability for minorities to access credit and mortgages, or even policies that only build schools and infrastructure in traditionally wealthier neighborhoods have been curbed to reduce the disparity through these types of suits.

But the legal recourse offered by this tool was at risk.

When the Supreme Court heard oral arguments for the case in January, the conservative leaning court - which already dismantled parts of the Voting Rights Act - seemed poised to strike down this essential tool, according to experts. However after this morning, disparate impact suits have been reaffirmed and the Fair Housing Act remains a key part in the effort to further promote diversity within our communities.

Back in early June, the fight at the McKinney pool started, in part, when some white members of the community told the black teenagers to go back to their Section 8 area of town. Housing discrimination, a problem that perpetuates the cycle of poverty, remains prevalent.

It's yet another reason why courts matter.