On Roe Anniversary, Texans Unite in Fight for Abortion Access 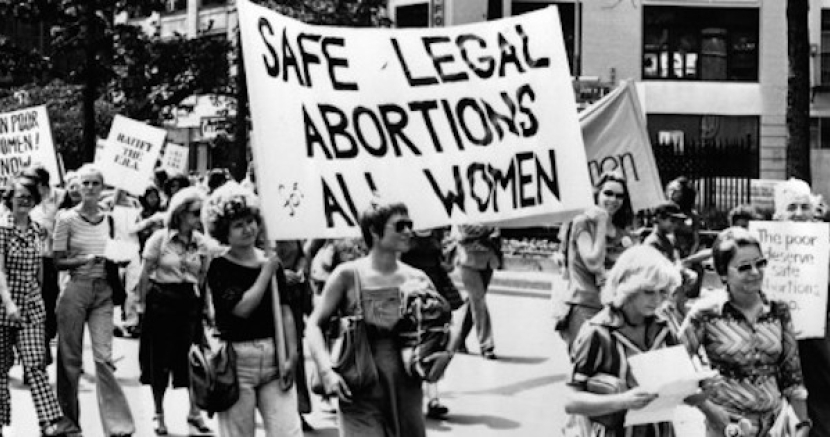 On Roe Anniversary, Texans Unite in Fight for Abortion Access

More than four decades after the 1973 Supreme Court landmark decision in Roe v. Wade legalizing abortion throughout the country, women's access to safe and legal abortion remains under political attack at both the federal and state level. Though efforts to restrict access continue, so does the fight to restore reproductive freedom.

“On the 42nd anniversary of Roe v. Wade, we are reminded that without access, the right to choose is meaningless. Texans' access to safe, legal and timely abortion is at a low point. Texans are already suffering from HB 2, and the future of abortion access in Texas is in the hands of the 5th Circuit Court of Appeals. If the 5th Circuit upholds the ambulatory surgical center provision of HB 2, there will be less than 10 abortion clinics in Texas and about 750,000 women of reproductive age will live more than 200 miles from a Texas abortion clinic. It is deplorable to deny hundreds of thousands of Texans access to vital reproductive health care. NARAL Pro-Choice Texas will continue fighting back against HB 2 and for policies that expand Texans' access to reproductive health care so that Roe v. Wade will be a reality for all Texans.”

"Forty-two years ago today, the United States Supreme Court affirmed that a woman has a right to a safe and legal abortion. But some politicians in Texas want abortion to be completely illegal. Because they can’t do that, they pass laws like HB 2 instead. Despite the challenges of this unconstitutional law, today, we celebrate the fact that a strong majority of Texas Latino/a voters — 78 percent — agree that a woman has a right to make her own personal decisions about abortion without politicians interfering. Today, we celebrate the fact that Texas Latina women are becoming increasingly mobilized around the issue of reproductive justice throughout the state."

"On this anniversary of Roe v. Wade, Planned Parenthood is strongly committed to continuing to provide Texans with a range of preventive and reproductive care, including safe and legal abortion, and our doors remain open. And Planned Parenthood Texas Votes, and our supporters, remain ready to keep up the fight to protect that access."

“On this Roe anniversary, we celebrate the legacy of people who fought before us and we continue that fight; not only for women’s right to privacy, but also for women’s equality and justice for all. Whole Woman’s Health is proud to stand among paramount leaders in this movement continuing to fight to make Texas a better place for all people. As our President said so clearly on Tuesday night, “Women deserve access to the healthcare they need.” And Whole Woman’s Health is committed to preserving that access in Texas.”