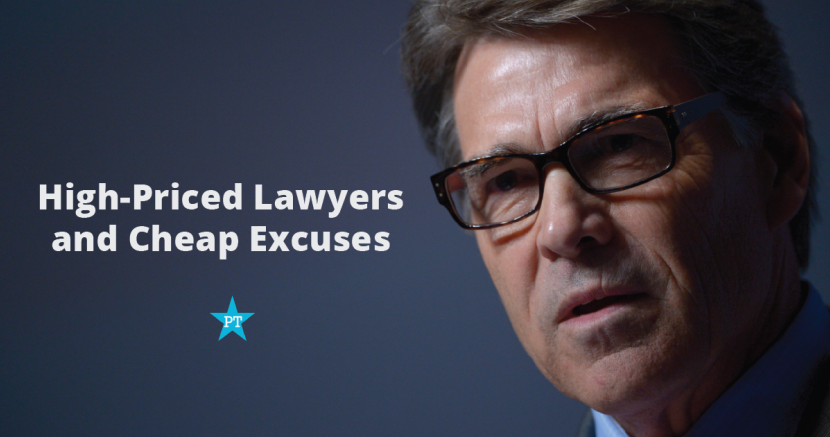 This morning, as part of his public relations spin campaign, Rick Perry’s high-dollar legal team held a press conference to discuss the role the Travis County Public Integrity Unit had in the investigation of the Cancer Prevention Research Institute, or CPRIT. Their shameless attempt to quash legitimate news coverage connecting Rick Perry to the cancer research fund scandal, however, fell flat.

"Does Rick Perry's high-priced legal team really expect us to believe that the Governor had no interest in protecting his signature project? This was a scandal-plagued agency that has already seen one of its officers receive a felony indictment for funneling millions to donors of Rick Perry and Greg Abbott.

The governor has motive to protect his wealthy donors - and the Public Integrity Unit stated that its CPRIT investigation was slowed when Governor Perry took away its funding. This is yet another example of a high-priced legal team coming up with a cheap diversionary tactic from the real issue at hand.

The bottom line: if the Cancer Research Fund scandal is no biggie, then why are we getting the OJ Simpson legal team treatment from Governor Perry?"