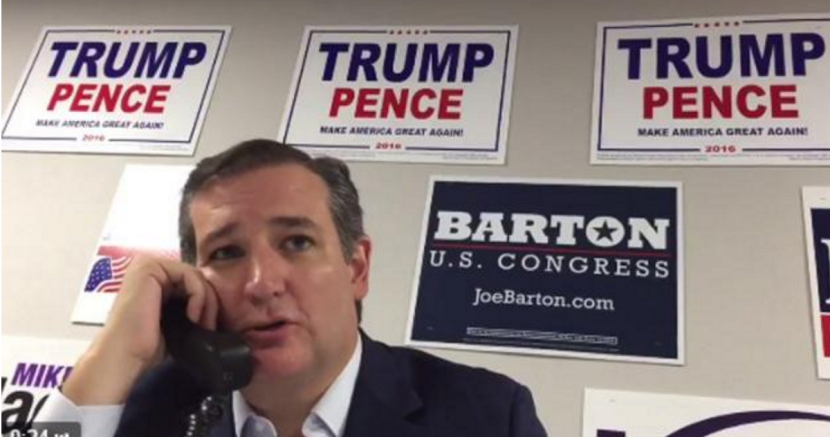 At the end of last night's presidential debate, the candidates were asked to say one nice thing about each other. Hillary Clinton complimented Trump's children, while Trump gave Clinton credit for being a fighter.

It was a fine, if not milquetoast, end to a pretty contentious debate. And it was also the only answer Hillary Clinton really messed up.

The best thing she, or anyone, can say about Donald Trump is that he destroyed Ted Cruz's political career.

Check out our mash-up video of Ted Cruz robo-calling for Trump - with the audio of Trump's horrific 2005 tape playing in background.

Ted Cruz was the anti-Washington upstart. He was hell-bent to take on the establishment and usher in a new Reagan revolution.

And then came Donald Trump and Cruz's epic loss, which was followed by Cruz stiffing Trump at the convention and telling people to "vote your conscience" - only to then turn heel and announce he endorsed Trump.

By time that crazy stretch from May to September ended, Cruz went from Ronald Reagan to Ronald McDonald - a joke of a politician that nobody respects.

It all culminated last week with a strange video of Ted Cruz robo-calling for the Republican Party - with a hilariously positioned Trump/Pence poster behind him. And then, only days later, the tapes of Trump were released, which proved to be the latest in a long line of disqualifying comments he's made throughout his campaign and his career.

That leaves Cruz at the point where he's reassessing his reassessment of Donald Trump.

I guess following your conscience is pretty tough when you don't really have one.

Ed. note: shout-out to G.J. McCarthy who originally took the video/image of Cruz. Read the back-story about it here.