Medicaid expansion is a moral imperative 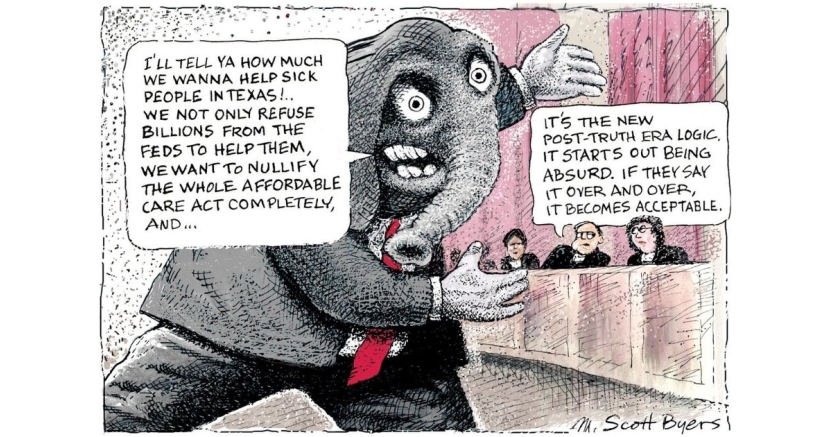 Glenn W. Smith
As many as 2.2 million Texans could gain access to health coverage if Texas expands Medicaid.

In her short story, “The Ones Who Walked Away From Omelas,” Ursula K. Le Guin imagined a city of perpetual peace and harmony. There was only one catch. The happiness of Omelas depended on the torture and imprisonment of a single child locked alone in a dark basement.

It’s a provocative story that raises the question, “Is it moral to guarantee the happiness of the many at the cost of the inhuman treatment of a single innocent?”

In light of that story, consider this: The number of uninsured children in Texas without access to adequate health care has neared 1 million innocents, according to a Georgetown University study released in October.

As many as 2.2 million Texans could gain access to health coverage (other studies put the number between 1 million and 2 million) if Texas accepted the billions in federal dollars available to it under the Affordable Care Act. The money comes from taxes already paid by Texans, but these Texas Scrooges say it’s possible Texans would have to pay more in the far future. For a decade, the state’s Republican leadership has refused to accept that money.

In a sense, these leaders have argued that the happiness of many Texans depends upon the inhuman treatment of almost 1 million kids, plus even more adults.

Texas is many wonderful things, but it is not a state of perpetual peace and harmony like the city of Omelas in Le Guin’s story. Yet, we lock millions out of access to adequate health care on a selfish hunch that today’s fortunate folks might be a bit less happy in the future if we take care of the unfortunate folks today.

Democratic members of the Texas Legislature have argued for a decade that Texas should accept the money. During the 2019 session of the Legislature, Democrats proposed an amendment to the state’s two-year budget to accept the federal Medicaid money. As Rep. Chris Turner, chairman of the House Democratic Caucus, pointed out in a recent op-ed, every Republican voted against it.

As we approach the 2021 legislative session, it appears that some Republicans are joining Democrats in a call to expand Medicaid. In a recent social media post, Rep. Lyle Larson, R-San Antonio, wrote, “As we prepare to commence the 87th legislative session and address the budget shortfall created by the pandemic, we should seriously consider accessing federal Medicaid funding.”

Larson deserves extra credit since his state GOP leaders like Attorney General Ken Paxton are leading a charge to have the entire Affordable Care Act, presumably including Medicaid expansion, nullified by the U.S. Supreme Court. Observers say there is little chance Paxton will succeed, but still, it's almost like Paxton is running for Mayor of Omelas.

The moral issue here is clear. Punishing others out of some fanciful fear that it might cost you something if you quit punishing them is immoral and, ultimately, destructive to the punisher.

We’re in a pandemic. Guaranteeing that millions of Texans lack access to health care is no way to stop the spread of a virus that passes from human to human. Immorality has a way of punishing the punisher.