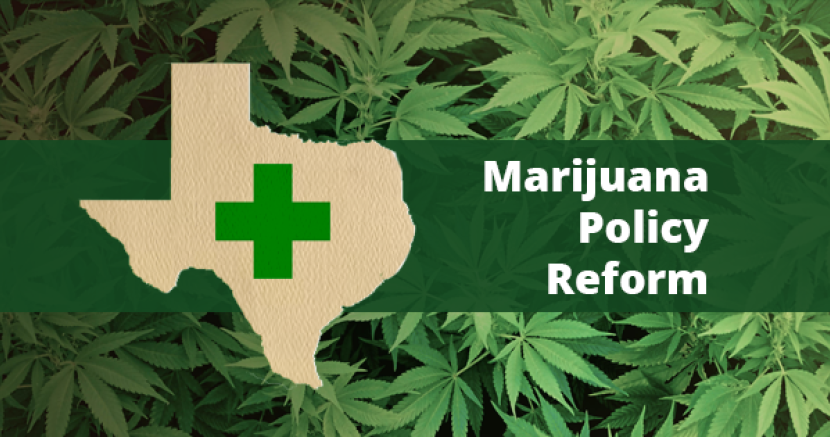 This year, there are a number of bills in the Texas Legislature that provide opportunities for marijuana policy reform. One type of reform, reducing criminal penalties for small possession, is supported by a majority of Texans. While different bills have been filed to achieve this reform, there is one that stands out and appears to have some momentum in the Texas Legislature.

House Bill 507 by State Rep. Joe Moody - better known as the "civil penalties bill" - would make it a ticketable offense for possession of less than one ounce of marijuana. The legislation would change the penalty for small possession from a criminal to a civil penality by establishing a statewide civil penalty system.

Currently, Texas spends $734 million every year on 70,000 marijuana arrests and prosecutions - most for small possession offenses committed by non-violent offenders.

If you think Republicans in the Legislature won't touch the bill - think again. There may actually be a good window of opportuntiy, as Greg Abbott explained in a previous interview with KSAT:

"We don't want to put people behind bars who are not a real threat to the health and safety of others in this state," Abbott told KSAT. "Texas is not going to become like Colorado. However, Texas has shown that is has been the vanguard on being smart on crime."

A coalition of conservative and progressive organizations have even included the idea of reducing criminal penalties for small possession of marijuana in their "Smart on Crime" legislative package.

So what does a statewide civil penalty system look like? Here's how the supporting material for the legislation by Rep. Moody's office describes it:

For more details, please read an interview we did with Rep. Moody about the bill.
Advocates are hopeful to have a hearing on Rep. Moody's bill in the Texas House before the end of the month.
To learn more about the civil penalties bill, check out some of the recent press coverage for Rep. Moody's legislation:
Tags
Marijuana
TX Lege 15
Progress Texas Institute
Marijuana