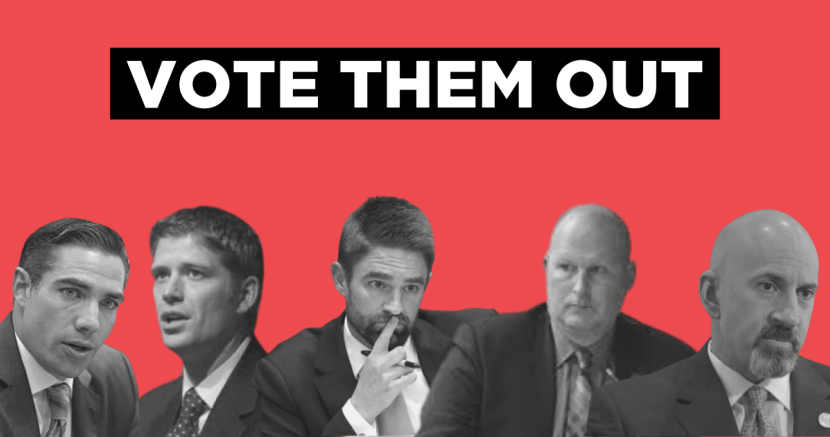 Victoria Guerrero
These extremist Texas lawmakers have got to go.

Make no mistake, one of the most critical elections in our lifetime is currently underway. With so many issues on the ballot, it can be hard to know what all is at stake this November. But one thing is certain: reproductive rights are on the line.

With Republicans attempting to push through a Supreme Court nominee who will be hostile to rights that are protected at the federal level, the people we have making decisions here in Texas at the state level are more important than ever.

Extremist anti-abortion Texas representatives are up for re-election this November, and they’re competing in close races. These lawmakers have a lengthy history of restricting and attempting to criminalize abortion. If Texans vote them out and replace them with reproductive champions, then we’ll be another step closer to flipping the Texas House, and protecting abortion rights for all Texans.

Here’s more information on some of Texas’ worst anti-abortion lawmakers:

Abortion is a human right, one that is clearly being infringed upon by these legislators who will stop at nothing to restrict abortion access. We have the opportunity to flip the Texas House and end their reign of anti-abortion terror this November at the ballot box, but we must get out and vote for candidates who will fight for our rights. Spread the word and encourage your fellow Texans to vote these extremist lawmakers out of office and replace them repro rights champions.

For more information on how to vote in this election, visit GoVoteTexas.org.