On Indictment, What Rick Perry Hopes We Don't Notice 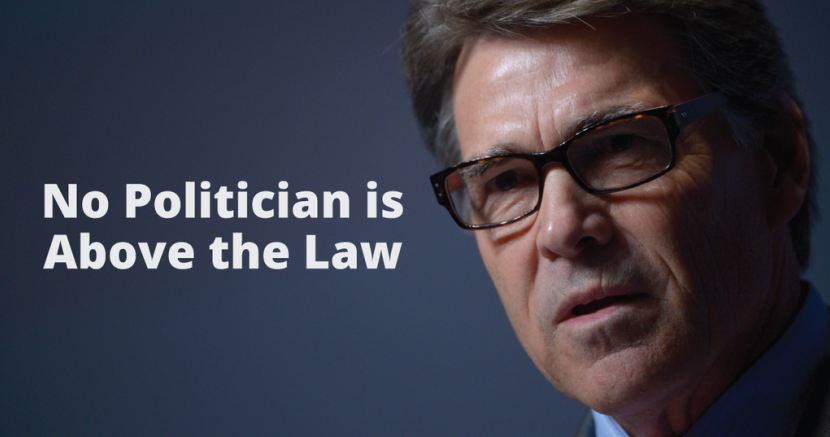 Former Governor Rick Perry is at it again with his old antics of pretending he is “above the law.” But here’s the catch - no one is buying what his high-priced legal team is selling.

In an effort to clear the air about his failed second attempt to get around the law, Perry held a press conference to repeat the same old tired defenses he made months ago. Here are some facts he doesn’t want you to remember - especially about Rick Perry's awkward history with convicted drunk drivers:

Rick Perry will keep trying to be above the law, but Texans aren't blind to the truth.