How Progressives Are Fighting for Fair Wages in the Texas Legislature 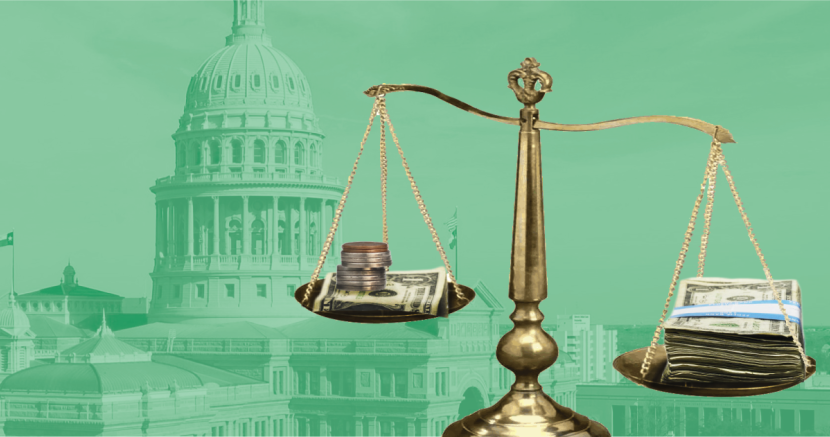 Raising the minimum wage to a livable wage is long overdue in Texas. As are policies that protect low-income workers from wage theft.

Increasing the minimum wage will improve the lives of millions of underpaid Texas workers who struggle to pay rent and afford basic necessities like food, rent, and child care. And with so many hardworking Texas families already struggling to make ends meet, wage theft threatens to devastate the economic security of those who can least afford it.

Texas hasn’t raised the minimum wage in 7 years, but progressive lawmakers representing cities across the state are fighting to change that this legislative session.

The current minimum wage in Texas is $7.25 per hour — the federal rate set in 2009 — meaning a full-time, minimum wage worker earns $15,080 annually, below the poverty line for a household of two. According to data compiled by Center for Public Policy Priorities (CPPP) a single worker in central Texas would need two full-time minimum wage jobs just to cover basic living expenses.

Raising the minimum wage is good for workers and businesses. When workers have more money in their pocket, they put that money back into the economy by spending on essential goods and services.

This increase would give a family of four with two full-time minimum wage workers living in Texas cities like Austin, Dallas, and Houston the economic security needed to meet their basic living expenses, according to an analysis compiled by CPPP.

These bills would give counties and municipalities the ability to  address the needs of their communities by establishing a local minimum wage, so long as it is above the state and federal level.

Millions of Texas workers experience wage theft: the denial of their earned wages by their employer. Wage theft can take several forms including stealing tips, failing to meet minimum wage requirements, failure to pay workers for earned overtime wages, and failing to pay workers at all.

This illegal behavior disproportionately affects low-wage workers. When employers illegally deny their workers earned wages, hardworking families are forced to face unexpected economic hardship since people rightfully expect to be paid for their work. They are then often forced to rely on public social services where taxpayers pick up the slack for the business who failed to pay their workers.

Protecting Workers: If workers do not have access to the legal rights to access minimum wage or worker benefits, these policies cannot be effective in achieving fair wages. Workers must be able to take a legal stand when they have been robbed and must be protected from retaliation once a claim has been made.

HB 253 by Rep. Ana Hernandez (D- Houston) would extend the period during which an employee can file a claim for unpaid wages.

HB 326 by Rep. Terry Canales (D- Edinburg) and SB 1162 by Sen. Sylvia Garcia (D- Houston) would prohibit employers from collecting any part of an employee’s tips.

Prosecuting Offenders: In addition to the obvious injustice against workers, wage theft negatively affects employers that do pay their workers according the the law, rendering them unable to compete with businesses who don’t pay their workers.

HB 202 by Rep. Mary González (D- Clint) requires employers guilty of wage theft to be listed on a publicly accessible website. SB 462 by Sen. Sylvia Garcia (D- Houston) and Sen. José Rodriguez (D- El Paso) would require these employers to be listed for three years after their penalty or conviction.

HB 373 by Rep. Ramon Romero Jr (D- Fort Worth) would penalize any employer who has acted in bad faith in not paying wages.

HB 665 by Terry Canales (D- Edinburg) would require contractors to certify in writing that they are and have been for previous 5 years in compliance with wage payment laws. If the contractor is found to be in violation of the contract, they will be barred from contracting with public bodies for 5 years.