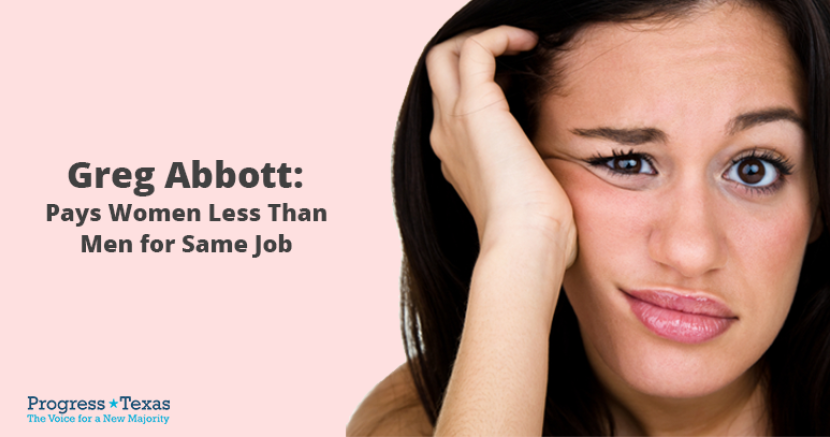 When it comes to denying women equal pay for equal work, Republican candidate for Governor Greg Abbott certainly practices what he preaches.

Though Abbott’s office attempted to defend this blatant pay discrimination as a function of the longer amount of time the higher-paid men have been practicing, the investigation proved that claim false:

Of seven different classifications of assistant attorneys general, the average salary for men is higher than the average salary for women in six of them, with the difference ranging from $647 to $4,452…In three categories, the women on average either had more years of service or had been licensed longer, or both, despite being paid less, according to figures from the attorney general's office.

The investigation also showed that only three of Abbott’s 20 highest paid employees are women.

Civil rights lawyer Jim Harrington called the bottom-line numbers “absolutely astonishing.” “If you were to take them to court and show these statistics to the court, the burden would shift to them automatically to prove why there is that kind of discrimination, that disparity,” said Harrington.

Sign your name, pledge to vote, and send a message: Texas needs leaders who will fight for equal pay for equal work. The Republicans—all of them—on the ballot this November 4th will do the opposite.