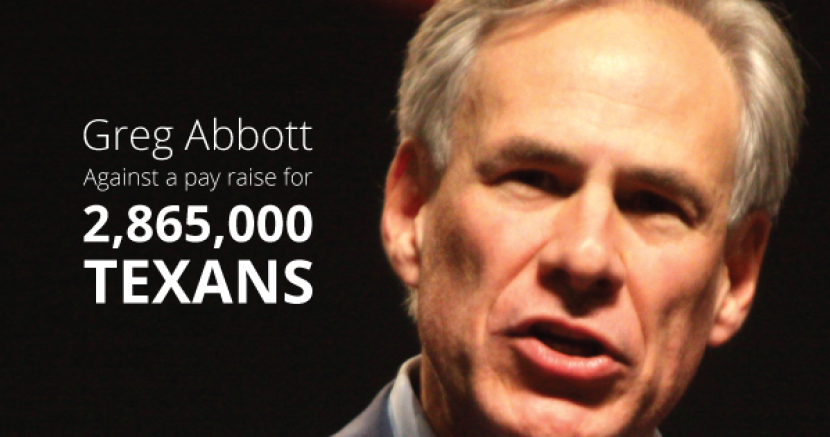 Texas has the highest number of minimum wage workers in the country. And a recent poll indicated 55 percent of Texas voters support increasing the minimum wage to $10 an hour.

Democratic candidate for Governor Wendy Davis—who wants to raise the minimum wage to $10—gets what Republican candidate Greg Abbott doesn’t: All Texans deserve to make a living wage.

Instead of fighting for working families, Abbott has decided—again and again and again—to side with the big business insiders bankrolling his campaigns.

By opposing a minimum wage increase, Greg Abbott is choosing to:

·      turn his back on more than 1.8 million Texas children who have at least one parent whose income would go up by raising the minimum wage