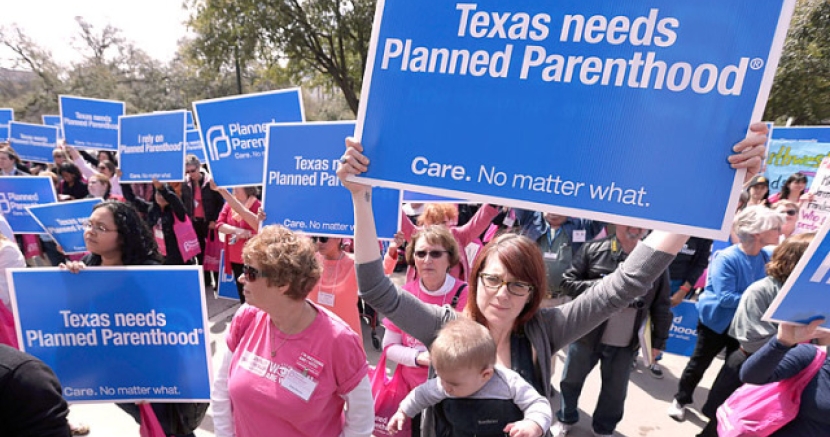 Update 11/23/15: Planned Parenthood has filed suit against the state of Texas on behalf of the thousands of Medicaid patients the health care provider serves.

In yet another disturbingly political and utterly ruthless attack on reproductive health care in Texas, Governor Greg Abbott today trumpeted Texas' move to cut Planned Parenthood from the state's Medicaid program. In doing so Abbott is—yet again—recklessly using the power of the state to jeopardize the health and safety of Texas women and families.

To claim—as Abbott has—that other providers will be able to fill the gap left by Planned Parenthood is completely ludicrous.

According to the state's own data, after the legislature defunded Planned Parenthood in 2011, the number of women served by clinics in the Texas Women’s Health Program dropped by an average of 25%, and in some areas by 50%.

If today’s decision isn’t overturned by the courts, it’s only going to get worse. Low-income Texans who rely on Medicaid in communities most hard hit by Texas politicians’ repeated attacks on reproductive health care will be hurt the most.

It has been widely reported that the videos used as the basis for this latest attack are heavily and misleadingly edited. Planned Parenthood was cleared of any wrongdoing in multiple investigations in states around the country.

And while other states' efforts to cut Planned Parenthood out of Medicaid programs are being overturned by federal courts, as will likely be the case in Texas, this latest disingenuous attack proves that those in power in Texas today have a reckless disregard for the health and well being of Texans across the state.