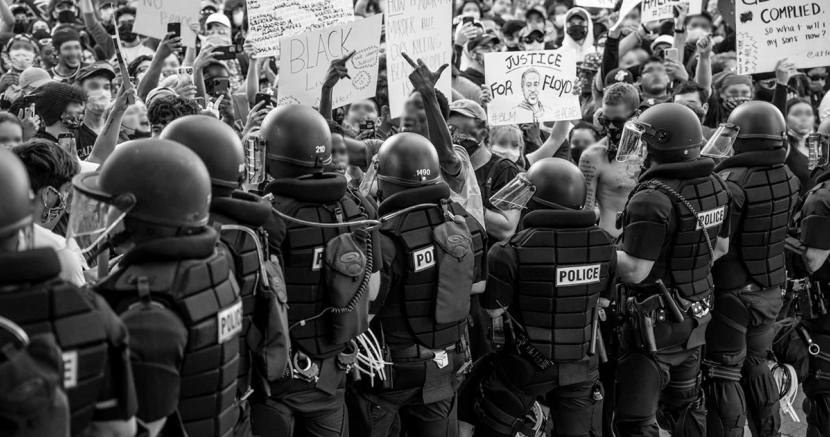 At a time when many Texans, especially Black and Brown folks, are feeling the overwhelming effects of police brutality, urgent calls for justice for those who have been killed at the hands of the police are increasing.

Many conversations about how to hold police accountable for the violence they inflict involve pressing charges against the officers involved, but few specify who exactly to direct these calls to: district attorneys.

District Attorneys are elected positions that can go by various titles depending on the region of the state, but all hold immense power in their roles. They have overwhelming discretion on whether or not charges should be brought against people, including cops.

In 2019, 113 people were killed by cops in the state of Texas, 54 of which were people of color, and in only two cases were charges brought against the police involved – the first was the case of Atatiana Jefferson in Fort Worth, who was fatally shot by a Fort Worth Police Officer inside her mothers’ home, and the second was the case of Patricia Marshall, who’s husband was Harris County Sheriff’s deputy and charged with her murder. About 98% of cases where people were killed by Texas cops in 2019 have gone without charges. Abusive police officers are being under-prosecuted at the hands of district attorneys.

Recently, news broke that Bexar County District Attorney Joe Gonzales (D) has refused to reopen the cases of  Charles “Chop”  Roundtree and Marquise Jones, two Black men  who were killed by the San Antonio Police Department, due to lack of evidence. In both of these cases, there is either body cam footage or eye witness testimony to the killings, yet charges were not brought on either of the officers involved.

Gonzales told the San Antonio Express News that “he keeps two lists of problematic police officers. One, which he refers to as the permanent list, has the names of 16 officers whose cases he will not accept for prosecution unless there is another officer to corroborate their reports. The other is a disclosure list with the names of officers who have been disciplined that he makes available to defense lawyers as part of the discovery process.”

In Harris County, District Attorney Kim Ogg (D) failed to press charges against the officer involved in the killing of Pamela Shantay Turner, a mentally ill Black woman, who instead was immediately placed on paid administrative leave. The officer involved knew of Pamela’s mental illness since he lived in the same apartment complex as she did, to which her daughter confirmed when she asked Baytown PD directly if they were aware of her mother’s mental illness.

New evidence in the case has been brought forth since then, and Ben Crump, the Turner family attorney, stated, “We’re going to demand, based on this new information, that the district attorney, Kim Ogg, file charges against this police officer for unnecessary and unjustifiable use of deadly force of unarmed Pam Turner.”

While Ogg must be held accountable and fairly prosecute all cases involving a police officer, she has not been supported by the Houston Police Officers’ Union (which would put her in no position to properly place charges and hold abusive police officers accountable). Ogg advanced from the Democratic primary in March 2020, and will be on the ballot against a Republican in November.

In Travis County, current District Attorney Margaret Moore (D), who is on the ballot for the July Primary Runoff, has requested that Austin Police Department wait to take disciplinary action against the officers involved in the shooting that resulted in Mike Ramos' death. The officers who shot and killed Ramos are currently on “desk duty” and still receiving a salary, while the DA’s office works on a criminal investigation that could take months. Social justice organizations have criticized and questioned Moore’s decision.

"In no other circumstances would a district attorney ask an employer to keep somebody on the payroll because it might bias a jury against the person she's supposed to be prosecuting for murder," said Emily Gerrick, the managing attorney at the Texas Fair Defense Project.

Ramos’ mother, Brenda Ramos, issued a letter to Moore and APD Chief Brian Manley, stating it is "unconscionable" that the APD officer who shot her son is continuing to be paid full time and has not yet been arrested or charged with murder.

It’s not simply Ramos’ case though. In 2017, Moore decided that not all police shooting cases would go to a grand jury, and has been criticized for taking more than a year on some cases. Moore also has the support of the local police union, the Austin Police Association, while her opponent has taken the No Cash From Cops pledge.

There are countless other examples of local district attorneys under-prosecuting abusive police officers across the state.

Although the federal government has the jurisdiction to handle cases of police brutality, they often defer to these local prosecutors, meaning few convictions of police brutality are investigated by the FBI. Many district attorneys cite the “burden of proof” requirement that officers intended to use excessive force in their decisions to not press charges, yet even in cases where the event was filmed, whether by body cam footage or phone, the likelihood of charges brought against the police did not increase.

Little can currently be done against district attorneys who have a clear history of under prosecuting abusive police because of something called prosecutorial immunity, which grants absolute immunity for acts committed in their prosecutorial role. This leaves little accountability measures for the people who are supposed to bring justice regarding abusive police officers, besides voting them out.

If district attorneys pursue unfounded or inappropriate charges, they encourage the continuation of police misconduct and the abuse of police power. If district attorneys decide to charge people who have been victims of police abuse, profiling, or misconduct, they send a message to law enforcement that this kind of conduct is acceptable. But if they instead hold law enforcement accountable, they send a clear message to police that their office will not stand behind abusive or discriminatory arrests.

We need bold prosecutors in the state of Texas who are progressive and willing to check their own biases and personal interests in pursuit of justice.

Prosecutors who are endorsed and receive donations by police unions are in no position to properly place charges and hold abusive police officers accountable, and should not be considered for re-election.

Bold change in the criminal justice system is needed at every level. Holding district attorneys who fail to prosecute abusive cops accountable is a step in working toward that change.