William White is Chair of the Texas Finance Commission, but maybe not for long. Aggressive attacks on Texas consumers and a strained defense of his employer -- Cash America, whose PAC has donated $35,000 to Governor Rick Perry and $21,000 to Greg Abbott over the years -- have a number of Texas' elected officials calling for White's resignation.

There are at least three reasons to call for William White's resignation:

Additional background on each of these reasons is below, along with links to recent news stories on this subject matter and a few general resources about predatory payday lending practices in Texas.

1. Arrogant attacks on Texans in defense of predatory payday lenders industry that employ him

William White is the Vice President of Government Affairs for Cash America, one of the largest payday lenders in the country. White also serves as the Chairman of the Texas Finance Commission (bio page). The Texas Finance Commission's purpose, as prescribed by Texas law, is to "carry out its functions in a manner that protects consumer interests." Yet recent comments published in the El Paso Times demonstrate that White holds no allegiance to protecting consumer interests.

[White] denied the claims of Byrd and other critics that the entire business model for the Texas payday lending industry is to trap people in loans they can't repay.

"Anybody who loans money or sells a product where they don't get paid for it; all they're doing is losing money," White said. "Why would you do that?"

A report on U.S. payday lending by the Pew Charitable Trusts contradicts White's claim. It says companies such as Cash America owe their existence to loans rolled over by borrowers who can't afford to pay them.

"Lenders depend on this repeat borrowing, because they would not earn enough revenue to stay in business if the average customer paid off the loan within a few weeks," the report said.

Then, with a privileged bravado befitting his arrogance, attacks on Texas consumers...

"There's nobody out there that forces anybody to take any kind of loan. People are responsible for their decisions, just like in my life and in your life. When I make a wrong decision, I pay the consequences." [...]

"You have to look at the individual circumstances as to what put them in that position," White said. "Are they paying for a 60-inch TV?"

The Houston Chronicle's Lisa Falkenberg captured exactly what kind of consequences these people are paying for their decisions in her column, "Time to dump payday loan exec as watchdog":

In Tiffany Richardson's case, it wasn't a TV that led her to take out an auto title loan. It was her mother's cancer. The registered nurse, who lives in southwest Houston, had to stop working to take care of her mother, yet she had thousands of dollars in medical bills and prescriptions to pay. The loan company's terms and policies were so impossible, Richardson told me, that she ended up having to take out another auto title loan on her sick mother's car. Now she fears losing both.

"This thing is more lucrative than drug selling, and it's on the backs of people who are already down," Richardson told me. She doesn't want short-term loan companies shut down, she said; she just wants them to "have fair practices."

"Like, one, who doesn't take, in modern society, a payment over the phone? And who doesn't take a partial payment when people are trying to rebuild? We're coming out of a recession. So every little bit helps. If I'm trying to be diligent and pay what I can, you should take that and not penalize me for it so you can add more fees. That's greed."

2. White disputes $19M fine against his employer, Cash America, for predatory lending practices; it was also discovered the company shredded documents in an attempted cover-up

For five years, employees at Cash America, one of the country’s largest payday lenders, were told to stamp a lawyer’s signature on court documents used to sue customers for past-due debts. This “robo-signing” helped the company improperly squeeze money out of at least 14,397 Americans, who are entitled to millions of dollars in restitution, the Consumer Financial Protection Bureau said Wednesday.

The government watchdog said it had reached a $19 million settlement with Cash America for those and other abusive practices — its first with a short-term, small-dollar lender. The bureau also discovered instances of Cash America charging active-duty service members and their families more than 36 percent interest on payday loans in violation of the Military Lending Act, according to the enforcement order.

A spokesman for the Consumer Financial Protection Bureau did not respond to questions last week. But a statement it issued saying Cash America would pay $19 million in fees and fines appeared to be at odds with White's claims.

Rather than cooperating, the statement said Cash America obstructed the agency's investigation. It said that among other things, Cash America shredded documents after being instructed to stop, deleted recordings of phone calls with customers and it instructed employees to withhold information about their sales pitches.

3. Possible illegal use of his office to exert pressure on the Texas Legislature for softer payday lending laws

From a follow-up story in the El Paso Times:

In 2012, the Texas Finance Commission, headed by a payday-lending executive William J. White, tried to get the Legislature to block local ordinances aimed at protecting consumers. The Texas Municipal League says the commission's resolution likely was illegal and it showed that the commission was more concerned with pleasing payday lenders than with fulfilling its responsibility to protect Texans.

The Texas Municipal League has, on its website, the resolution from the Texas Finance Commission. The resolution clearly calls for the Texas Legislature to "consider amending the Texas Finance Code to more clearly articulate its intent for uniform laws and rules to govern credit access businesses in Texas." This is in response to a number of Texas cities deciding to enact local ordinances that rein in the predatory practices of Texas payday lending companies -- including, most recently, Houston. According to the Texas Municpal League, 7 Texas cities have similar policies: Austin, Houston, Dallas, El Paso, San Antonio, Balcones Heights, and Flower Mound.

First and foremost, if you would like to get more involved in the fight to stop payday lending in Texas, we encourage you to visit Texas Appleseed, a Texas-based nonprofit with a long and diligent history of fighting against these kind of practices.

Below is a collection of news reports and additional reading on the subject matter. We will add additional stories in the coming days to this section. If there is an organization whose work you would like us to feature on this subject, please e-mail us at info@ProgressTexas.org and let us know. 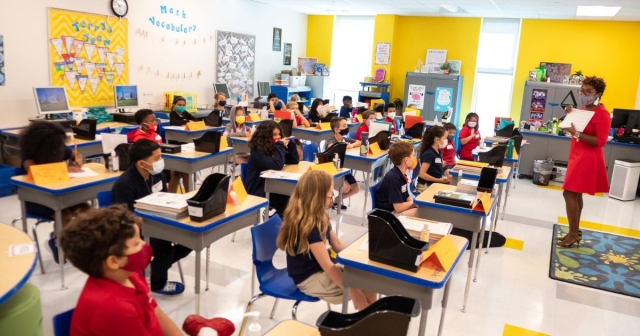