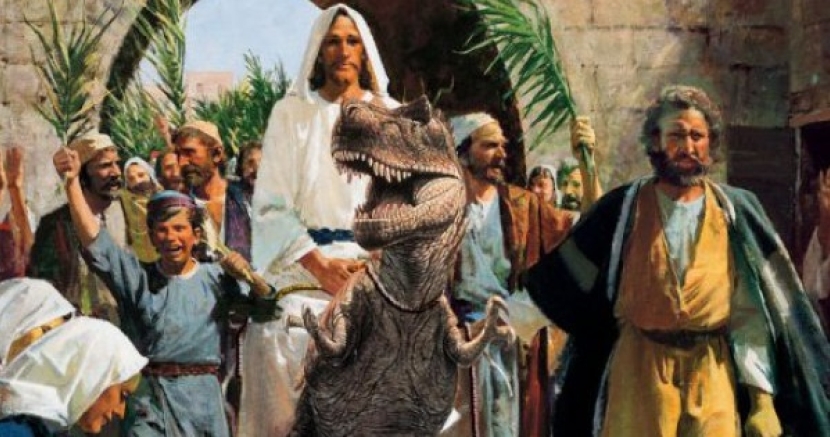 Which of the following does David Barton believe:

A) The Bible says there can be no cure for AIDS, because AIDS is a punishment for being gay
B) The Founding Fathers opposed evolution
C) Jesus opposed the minimum wage
D) All of the above

“The Bible says if you engage in homosexuality, your body will do things that penalize you,” Barton goes on. “So if you can have a vaccine for AIDS, then you’re keeping your body from penalizing you. I don’t think they’ll ever find a vaccine for AIDS.”

He also makes claims that are chronologically impossible, including that the Founding Fathers were opposed [to] the teaching of evolution. Charles Darwin hadn’t invented the concept at the time the United States was being founded.

He also claimed the Founding Fathers were opposed to Net Neutrality and that Jesus opposed the minimum wage.

I'll let Tina Fey wrap this one up for me...