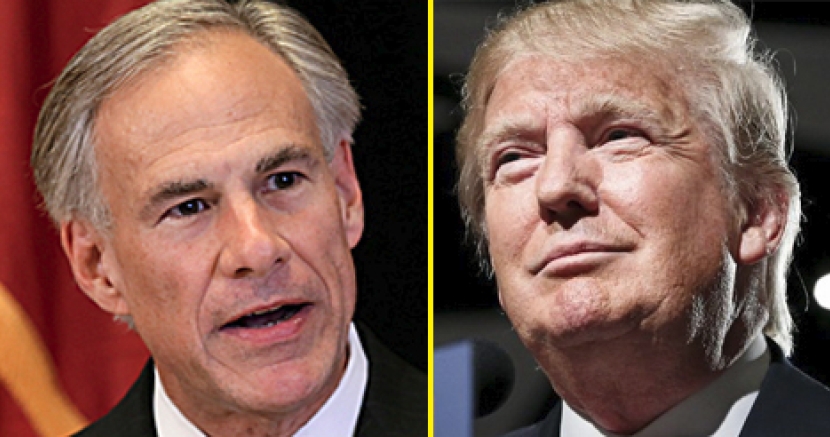 Children of the Damned? It’s the Adults Who Are Creepy, Not the Kids

A glance at the consequences of Texas policy reveals a certain fear and disdain for children among the state's Republican leadership.

In the 1960 cult movie classic, Children of the Damned, the scientist hero concentrates all his thoughts on a big brick wall to try and block the psychic abilities of the scary, mind-controlling village of damned children. He wants to blow them up, but if they read his mind and see he’s brought a bomb it would be hell to pay.

The movie came to mind as two Texas high school valedictorians paid the price on social media this week for proudly claiming undocumented immigrant status. One (whose actual status is unclear) is on her way via scholarship to the University of Texas. The other will attend Yale. I’m leaving their names out because they’ve suffered enough.

Like Professor Zellaby in the movie – and their political hero Donald Trump in what now passes for real life – a good number of racists in Texas and elsewhere are also imagining a big wall. They hope it will halt the horror movie-like dangers of sneaky children invading their schools and neighborhoods. This would be The Donald’s Great Trumpty Dumpty Wall between the U.S. and Mexico.

The two valedictorians were dragged into the national news with their declarations, not because of what they had achieved academically but because of the racist social media backlash they experienced. And so it goes in this Twilight Zone of an election year.

These aren’t the only children being used to scare the pants off Texans. Lt. Gov. Dan Patrick is busy as a bathroom monitor telling parents their kids’ school bathrooms and dressing rooms are being invaded by transgender children, or worse, fake transgender children!

Patrick and Gov. Greg Abbott have endorsed Trump, the hate-monger who is largely responsible for the growing wave of anti-immigrant, anti-Semitic, anti-LGBT, anti-brown and anti-black rhetorical and physical violence. They have yet to condemn Trump’s bigotry.

It was shocking to learn that in 21st Century America, a counter-protest on Twitter has become necessary because of anti-Semitic posts of American neo-Nazis and white supremacists. The ignorant goons had begun identifying Jewish people on Twitter by putting a series of three parenthesis signs on either side of their names. It’s called an “echo.” The counter-protest has people of all kinds including the parenthesis in their names, a clever idea. But great gods how can it be necessary in 2016?

Fear-mongers need scapegoats. Former President Ronald Reagan raised the specters of “welfare queens” and “young bucks” (a pejorative, racially coded term for male African-Americans). Before him Joseph McCarthy had communists hiding in our bedrooms and kitchen cabinets waiting to possess the unsuspecting like so many body snatchers.

As a tactic, it works. Those who launch such attacks usually do so from a safe distance. Their followers, however, are out in the world and, too often, willing to act on the nightmare visions of their heroes.

That’s why this latest turn to invoking “dangerous” children among us is so contemptible. It’s nothing new, of course. There’s even a word for fear of children: pedophobia. Just google “creepy movie children” or something similar to see how widespread the trope is in popular culture. Children of the Damned makes most of the lists of movies with scary kids.

A glance at the consequences of Texas policy might make an observer believe that pedophobia was more widespread among the state’s political leadership than might be suspected. About a quarter of Texas children live in poverty. About the same number have inadequate access to health care.

More than a dozen children have died in foster care over the last two years because of the scandalous mismanagement of Child Protective Services. The Attorney General’s Child Support Enforcement Division is tens of millions over budget and years behind a new data management system.

Texas continues to deny birth certificates to U.S.-born children of undocumented immigrant parents. And, of course, there is the perpetual underfunding of public education and the declining state support of higher education that has put college out of the reach of many kids.

The really creepy people, of course, are the adults behind such policy catastrophes. The kids will have their revenge. We can hear them now in the distance, at or near voting age, chanting, “Humpty Dumpty had a great fall….”