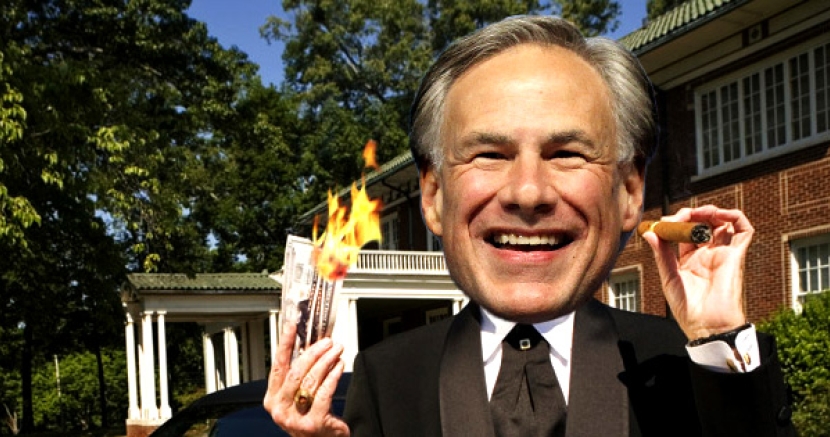 ACE Cash—a company that instructed its employees to use abusive coercion and illegal collection practices—has contributed $25,000 to Greg Abbott since 2005.

As noted in our previous coverage of the issue, predatory lender storefronts have been able to proliferate across Texas with legal help from Greg Abbott. Between 2006 and 2010, an Abbott-approved legal loophole helped the number of predatory lenders in Texas nearly triple from 1,279 sites to more than 3,500. And in return, the payday lending industry he helped expand has poured more than $250,000 into his campaign coffers.

Share this post with your friends and help spread the word about Greg Abbott's predatory lender cronies.