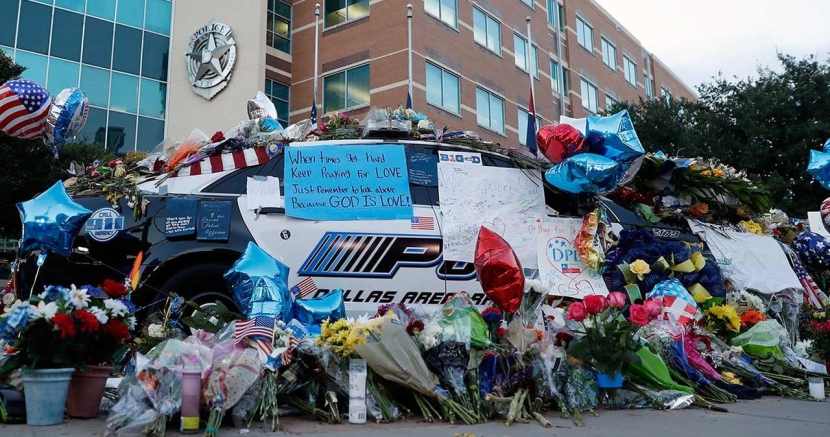 After Dallas, We Need Unity "With Actions and in Truth”

If Gov. Abbott's comments about unifying Texans are to be seen now or in the future as something besides empty, Abbott will have to act.

On July 8, the day after the tragic murders of five Dallas police officers, Gov. Greg Abbott said, “In times like this we must remember - and emphasize - the importance of uniting as Americans." In an “Open Letter to Texas” released that same day an entitled, “A Time to Come Together,” Abbott repeated his call for unity.

Abbott was deservedly praised for his calming words in the aftermath of the Dallas attack on law enforcement officers. His comments were made all the more poignant when it became known he was suffering from second and third degree burns on his lower legs at the time. He had insisted on leaving a Wyoming hospital against physicians’ advice to be present in Dallas.

It is not too soon to ask whether Abbott meant what he said in Dallas.

If he did, he should act to unite us and not just talk about it. He should, for instance demand immediate repeal of the state’s anti-democratic and discriminatory Voter ID law. He should demand an end to the political ghettoization of African Americans and Hispanics through a redistricting process the courts have found three times to be intentionally discriminating.

Abbott should demand equal access to quality public and higher education. He should drop his cold and antihuman, and fiscally irresponsible decision to refuse billions in federal money for Medicaid reform, a move that disproportionally impacts people of color.

The Evangelist John, in 1 John 3:18 said, “Dear children, let us not love with words or speech but with actions and in truth.” It is time to heed that advice.

All of the state policies mentioned above intentionally divide citizens of Texas. They are meant to advance the particular interests of the few. Oh, the advocates of those policies, including Gov. Abbott, deny their motivations are discriminatory. Few believe those excuses, even if some are glad the governor and other state leaders get away with the deceitful spin.

Let’s look at some facts. We’ll begin with Texas’ Voter ID law, which federal courts have so far found discriminates against African Americans, Hispanics and other minorities. An opinion from the full 5th U.S. Circuit Court of Appeals is pending.

A recent study out of the University of California San Diego and Bucknell University concluded:

“Focusing on the validated vote in recent elections using the Cooperative Congressional Election Study we are able to offer a more definitive test. The analysis shows that strict photo identification laws have a differentially negative impact on the turnout of Hispanics, Blacks, and mixed-race Americans in primaries and general elections. Voter ID laws skew democracy in favor of whites and those on the political right.”

When that study was updated to include data from the 2014 election, the authors wrote, “a strict ID law could be expected to depress Latino turnout by 9.3 points, Black turnout by 8.6 points, and Asian American turnout by 12.5 points.”

A 2015 study brought the issue specifically to Texas.

Done by former Lt. Bill Hobby, Mark P. Jones of Rice University’s Baker Institute for Public Policyand Jim Granato and Renée Cross of the University of Houston Hobby Center for Public Policy, the study looked at the 2014 election in Texas Congressional District 23. It found that many voters possessed the necessary IDs but didn’t know it. In consequence, the Republican was handed a discriminatory turnout advantage.

One need only review the federal court opinions on the intentional discrimination in the drawing of elected officials’ district lines. And we can read a Kaiser Family Foundation study that makes it clear that Texas’ failure to adopt Medicaid reform punishes the poor and minorities. Disparities in educational opportunity are historically persistent and well known.

We can hope Gov. Abbott meant what he said about unifying Texans. Texans can applaud his remarks after Dallas. But if those comments are to be seen now or in the future as something besides empty, Abbott will have to act. Just like John said.