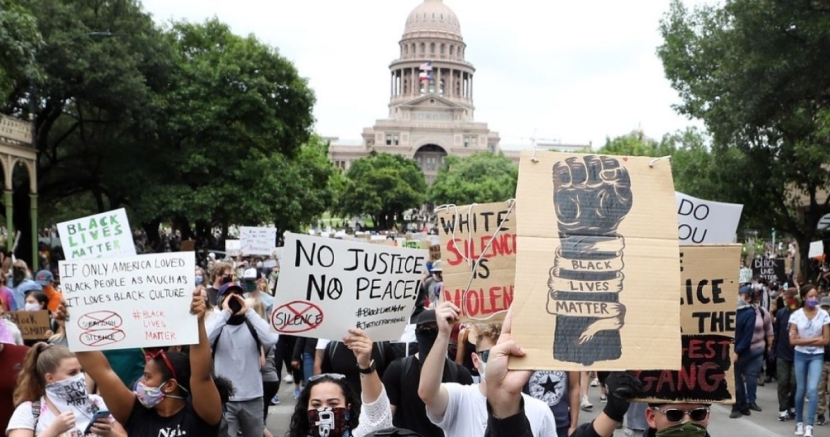 Intervention is necessary to regulate what police officers can and cannot do in the name of the law.

In a state with one of the highest incarceration rates in the nation, Texas is long overdue on passing legislation focused on criminal justice reform. In the summer of 2020, Texans across the state gathered to protest the violence Black individuals face at the hands of police officers. After months and months of protesting, a few bold legislators have decided to put forth bills that seek to prohibit some of the most violent police tactics that are currently legal in the state of Texas. Here is an overview of three of the bills:

The George Floyd Act, or the Police Use of Force and Accountability Omnibus Bill written by Rep. Sefronia Thompson and Sen. Royce West, seeks to bring a

“range of reforms that will prevent others from experiencing the police misconduct that George Floyd and other Black Texans have experienced” according to theTexas George Floyd Act Coalition.

One of the things this bill seeks to do is create a cause of action to address qualified immunity in the police force, which is a major proponent as to why corrupt and violent police officers are allowed to stay on the force and evade criminal charges. The bill also seeks to require corroboration for the testimony of an undercover police officer in narcotics cases, just as corroboration is already required for non-police informants. This is especially important since George Floyd was one of the 160 people notified by Harris County that his old conviction of drug charges, that was based solely on the testimony of one narcotics officer, could be overturned, yet he never got that notice.

Finally, this bill seeks to end excessive force by prohibiting the use of chokeholds, which is currently legal in Texas. Medical examiners concluded that George Floyd died of asphyxiation after police cut off his airways due to lethal force.

This bill, written by Representatives Jasmine Crockett, Ron Reynolds, Jeff Cason, and James Talarico, seeks to ban the issuance of a warrant authorizing the use of a no-knock entry by a police officer. In March of 2020, Breonna Taylor, a 26-year-old Black woman from Kentucky, was fatally shot by police officers who entered her home through a no-knock entry.

This bill filed by Rep. Jasmine Crockett would prohibit police officers from using less lethal devices to control the activity or movement of a non-violent gathering of people. If passed, this bill would outlaw the use of lethal chemical devices such as tear gas, pepper bullets, pepper pellets, and smoke grenades and lethal projectile ammunition such as rubber bullets, wooden bullets, sponge rounds, and bean bag rounds.

In the summer of 2020, hundreds across the nation and in the state of Texas gathered in masses to protest the murder of George Floyd and sustained injuries in the process from excessive force used by police officers. The bill is named after Crockett’s client, who she represented after he lost his eye from lethal police crowd control tactics after attending a peaceful protest.

Legislative intervention is necessary in order to regulate what police officers can and cannot do in the name of the law. Current legal and enforceable police tactics have been the root of violence that Black and Brown Texans experience at the hands of the police, and the legislators who put forth these three bills will need the support of Texans to ensure that they become written law.