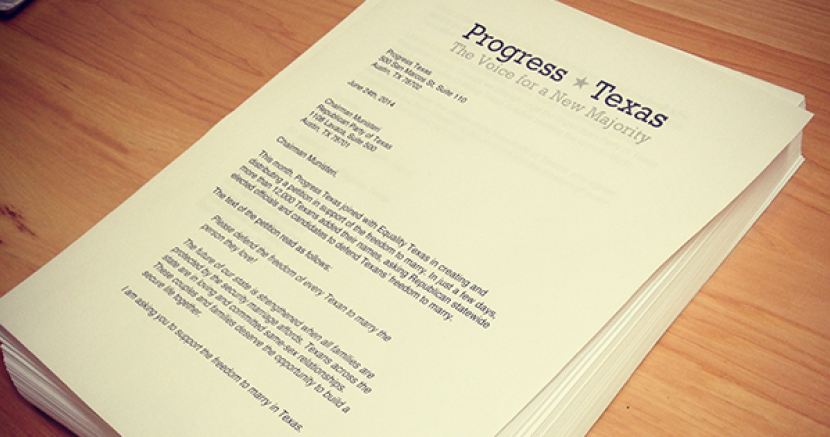 Earlier this month, Progress Texas and Equality Texas joined forces to push back on the Republican ban on marriage. In just a few days, more than 12,000 Texans added their names to a petition asking Republican statewide elected officials and candidates to defend Texans’ freedom to marry.

Though thousands of Texans made their voices heard in the fight for the freedom to marry, the Texas GOP moved forward with a shamelessly discriminatory platform that promotes "reparative therapy and treatment."

On Friday, we delivered the signatures and messages of these 12,000 Texans to the offices of the Republican Party to let Greg Abbott and his Party know they are on the wrong side of history in opposing every Texan's freedom to marry the person they love.

Thank you for standing up for all Texan families!