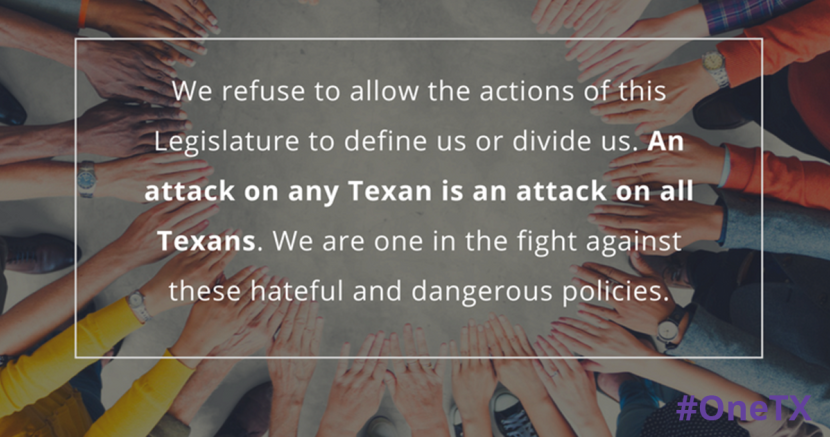 36 groups representing diverse voices across the state denounce the extreme politics driving the Texas legislative agenda and vow to fight back.