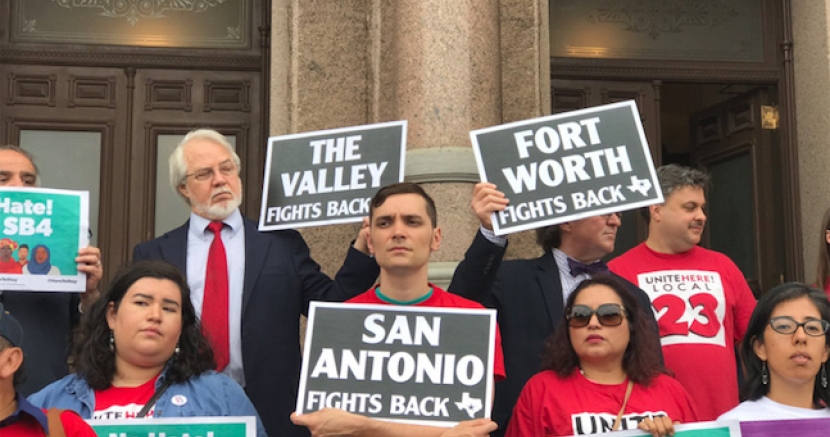 Annie Bright
Senate Bill 4 isn’t just anti-immigrant and racist, but unconstitutional too - and from El Paso to San Antonio, Texans are fighting back.

Ed. Note: This blog will be updated regularly as more Texas cities and organizations join the legal fight against Senate Bill 4.

Texas’ anti-sanctuary cities law is one of the most recent attempts by the GOP to institutionalize racism and discrimination. As was promised by progressives during the debate over Senate Bill 4 in legislature, the state of Texas, Governor Greg Abbott, and indicted Attorney General Ken Paxton are facing three lawsuits from local governments and advocacy organizations across the state over the constitutionality of SB 4.